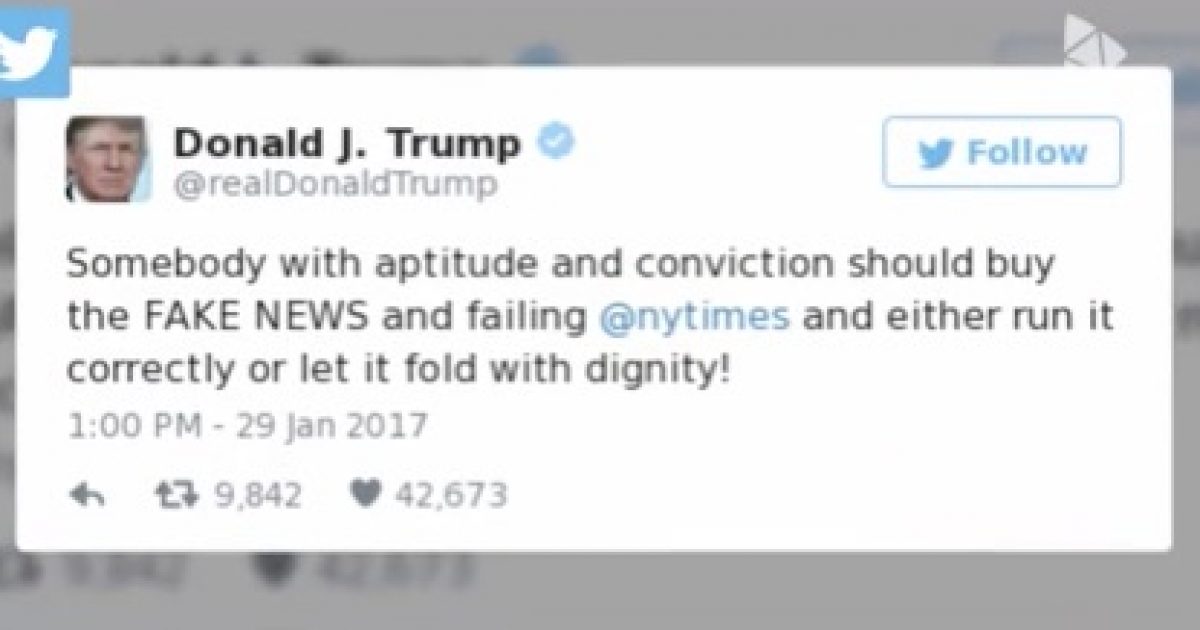 The left-wing media is in full propaganda mode regarding President Trump’s executive order on refugees and immigrants from selected countries.

The New York Times and other left-wing media outlets are distorting the truth about Trump’s action.

The distortion and bias are apparent in the headline from The New York Times editorial, “Donald Trump’s Muslim Ban Is Cowardly and Dangerous.”

Below are a few paragraphs from the editorial:

The first casualties of this bigoted, cowardly, self-defeating policy were detained early Saturday at American airports just hours after the executive order, ludicrously titled “Protecting the Nation From Foreign Terrorist Entry Into the United States,” went into effect.

The order lacks any logic. It invokes the attacks of Sept. 11 as a rationale, while exempting the countries of origin of all the hijackers who carried out that plot and also, perhaps not coincidentally, several countries where the Trump family does business. The document does not explicitly mention any religion, yet it sets a blatantly unconstitutional standard by excluding Muslims while giving government officials the discretion to admit people of other faiths.

The order’s language makes clear that the xenophobia and Islamophobia that permeated Mr. Trump’s campaign are to stain his presidency as well. Un-American as they are, they are now American policy. “The United States must ensure that those admitted to this country do not bear hostile attitudes toward it and its founding principles,” the order says, conveying the spurious notion that all Muslims should be considered a threat.

The headline designed to ignite hysteria is inaccurate. The executive order is not a Muslim ban and the countries are derived from a list of countries that the Obama administration identified in a 2016 law.

President Donald Trump on Friday banned nationals of seven Muslim-majority countries from entering the United States for at least the next 90 days by executive order.

The order bars all people hailing from Iraq, Syria, Iran, Libya, Somalia, Sudan and Yemen. Those countries were named in a 2016 law concerning immigration visas as “countries of concern.”

To clarify, the seven countries that are subjected to a temporary ban were initially deemed dangerous from the Obama administration and not from Trump. That’s also why other Muslim countries such as Saudi Arabia are not on the list.

It’s wrong to state the order implies that “all Muslims should be considered a threat,” when all Muslim dominated nations are not on the list.