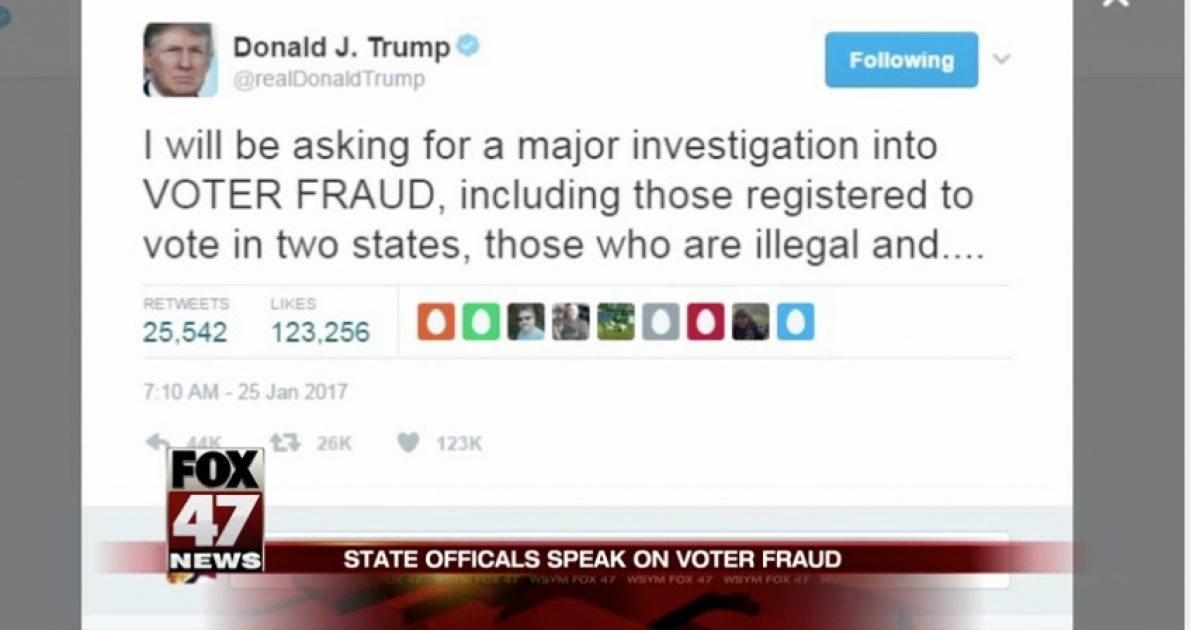 Last week, the left-wing media hammered President Trump over his concerns about illegal votes during the 2016 election.

For example, the following is from The New York Times:

President Trump used his first official meeting with congressional leaders on Monday to falsely claim that millions of unauthorized immigrants had robbed him of a popular vote majority, a return to his obsession with the election’s results even as he seeks support for his legislative agenda.

However, a study by an Old Dominion University professor estimated that over 800,000 votes for Hillary Clinton were from noncitizens.

Hillary Clinton garnered more than 800,000 votes from noncitizens on Nov. 8, an approximation far short of President Trump’s estimate of up to 5 million illegal voters but supportive of his charges of fraud.

Political scientist Jesse Richman of Old Dominion University in Norfolk, Virginia, has worked with colleagues to produce groundbreaking research on noncitizen voting, and this week he posted a blog in response to Mr. Trump’s assertion.

Based on national polling by a consortium of universities, a report by Mr. Richman said 6.4 percent of the estimated 20 million adult noncitizens in the U.S. voted in November. He extrapolated that that percentage would have added 834,381 net votes for Mrs. Clinton, who received about 2.8 million more votes than Mr. Trump.

As the professor noted, his research does not reach the 3 million illegal voters that Trump claims occurred but it does point to the seriousness of voter fraud.

For the sake of the validity and integrity of our elections, the Trump administration must investigate illegal voting.