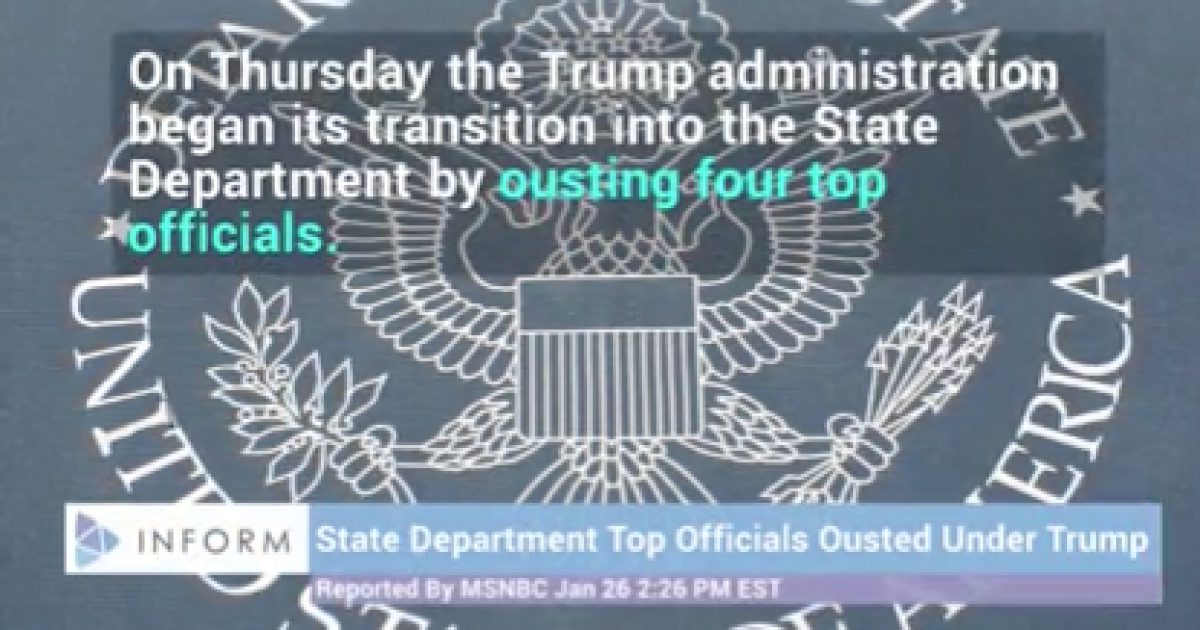 Sweeping out long-serving bureaucrats from the government is an important step in draining the swamp.

Today, news broke that four senior State Department staff are leaving the department. The reasons for the bureaucratic exit depends on your source of news.

The Washington Post story claimed these individuals resigned before Rex Tillerson headed the department and that they didn’t want to serve under President Donald Trump.

The New York Post reports that these individuals were fired.

But a source close to the White House denied that.

“Pat Kennedy was fired. He may be saving face and pretending that he resigned but he was let go. The poorly performing senior leaders at State will also be pushed out. You should expect other ‘resignations’ there, too,” the source told The Post.

All were long-time staffers who had served under both Democratic and Republican administrations.

The left-wing media is trying to scare the public over the loss of these individuals claiming their expertise will be missed. Yet, let’s look at the results from these experts – our foreign affairs policies were horrible under their management.

Draining the swamp is good for America.