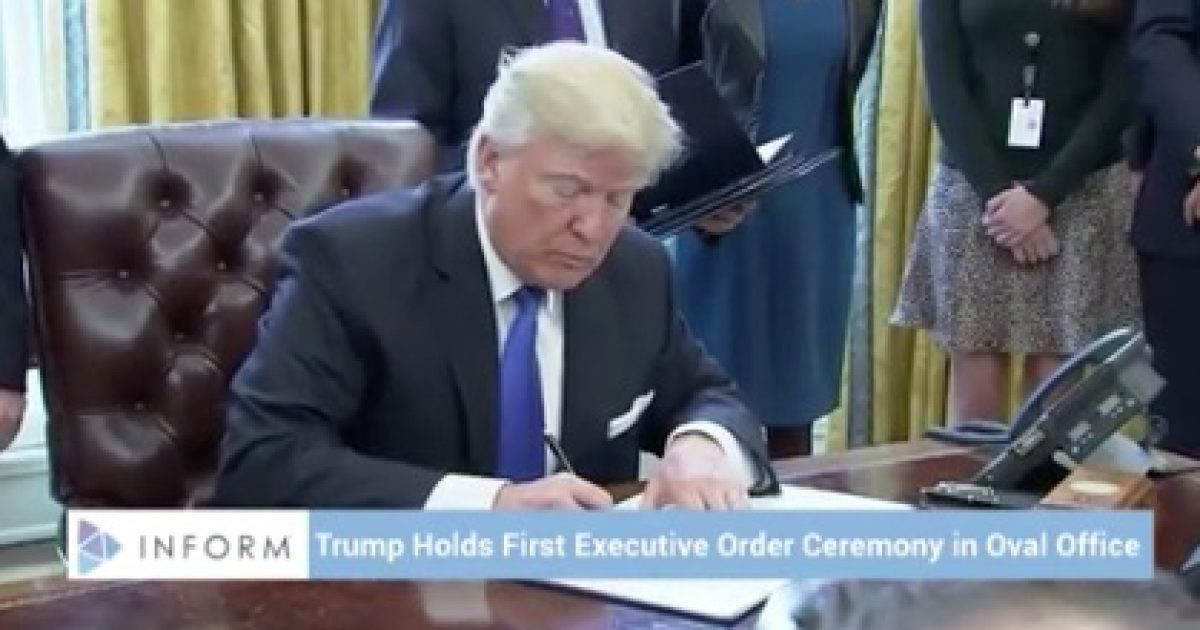 While talking about the executive orders, Trump emphasized the importance to streamline the permitting process, the regulatory burden and also emphasized the use of U.S.-made steel in the pipes.

The orders that reopened negotiations for the projects were among five executive orders related to oil pipelines. The other measures streamlined the permitting process and required the use of U.S.-made steel in the pipes.

He also said that the permitting process needs to be streamlined.

“The regulatory process in this country has become a tangled-up mess, very unfair to people. That’s a big one,” Mr. Trump said.

Both construction projects were blocked under President Obama. From The Washington Times:

The two pipeline projects created a rift for President Obama between environmentalists and labor unions. Mr. Obama ultimately sided with environmentalists, putting the kibosh on Keystone in 2015 and on the other last month.

Trump’s actions to resurrect the oil pipeline construction projects is expected to create thousands of jobs for Americans and contribute to increasing U.S. energy security.