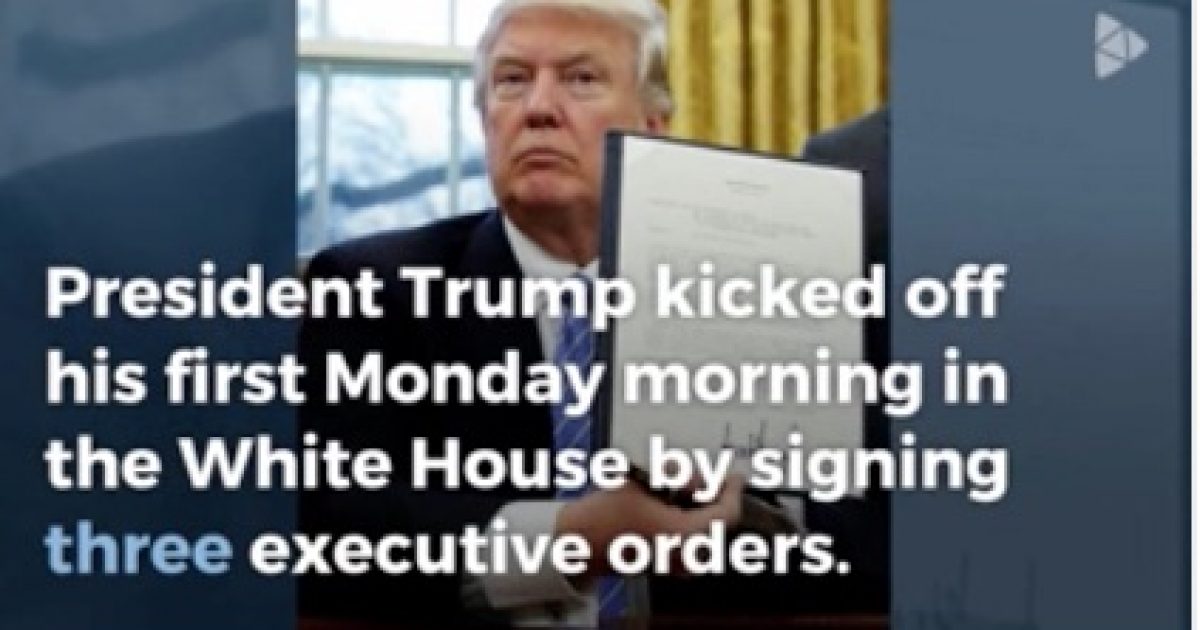 On his first full working day, President Donald Trump made good use of his executive power.

In addition to signing an executive order pulling the U.S. out of the Trans-Pacific Partnership (TPP), Trump used his power on federal hiring and abortion.

President Trump signed three executive orders on Monday morning that cancel an agreement for a far-reaching trade deal with Asia, start a hiring freeze for many federal government positions, and reinstitute an intermittent policy that prevents federal family-planning money from being sent to international organizations that discuss or perform abortion services.

Trump delivered on his pledge to kill the TPP and the hiring freeze applies to civilian agencies but exempts the military.

More from The Washington Post on the abortion executive order:

Trump then signed a third executive order that resurrects an abortion-related rule known as the Mexico City policy, which tends to be embraced by Republican presidents and rescinded by Democratic presidents. The policy forbids foreign nongovernmental organizations that receive federal funding from performing or promoting abortion services through their work in other countries. The policy takes its name from the location of a conference at which President Ronald Reagan instituted the restriction in 1984.

Not bad for a day’s work!