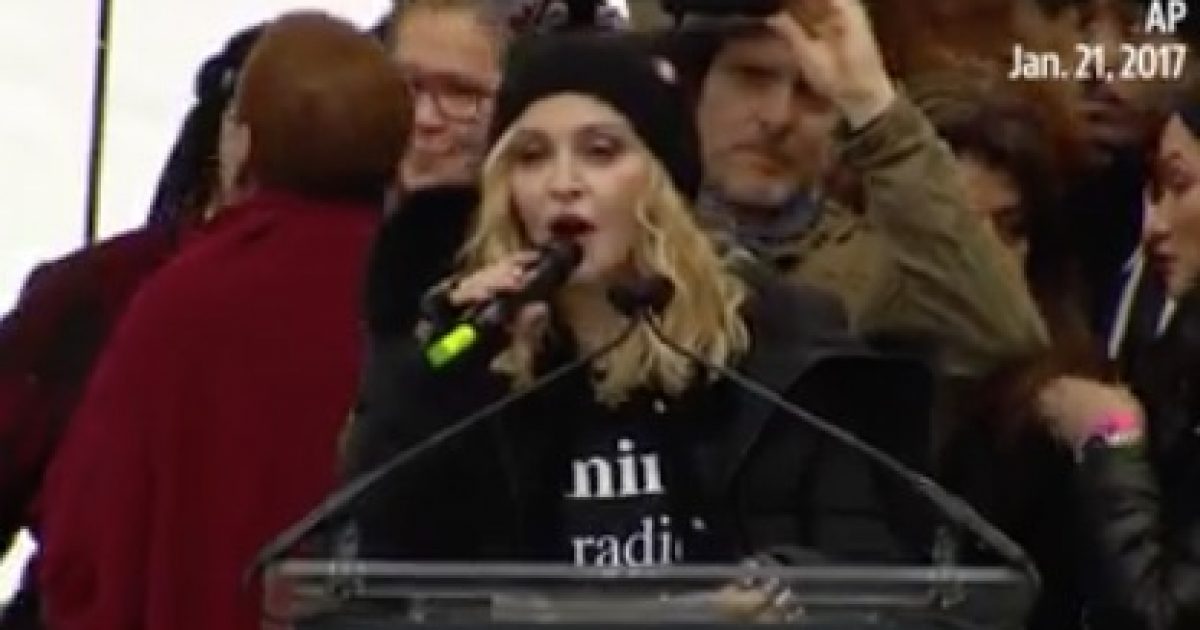 An unhinged Madonna was on full display at the Women’s March on Washington.

Madonna made a surprise appearance at the Women’s March on Washington Saturday, speaking at the pre-march rally and telling those who are critical of the march “f–k you.”

“Let’s march together through this darkness and with each step know that we are not afraid, that we are not alone, that we will not back down, that there is power in our unity and that no opposing force stands a chance in the face of true solidarity,” Madonna said.

“And to our detractors that insist that this march will never add up to anything, f–k you. F–k you.”

In addition, Madonna also said she fantasized about blowing up the White House.

“Yes, I have thought an awful lot about blowing up the White House. But I know that this won’t change anything.”

Unsurprisingly, given the caliber of the participants, the crowd applauded her remarks.

The Democrat party is being reduced to a protest party that is morally and intellectually bankrupt.