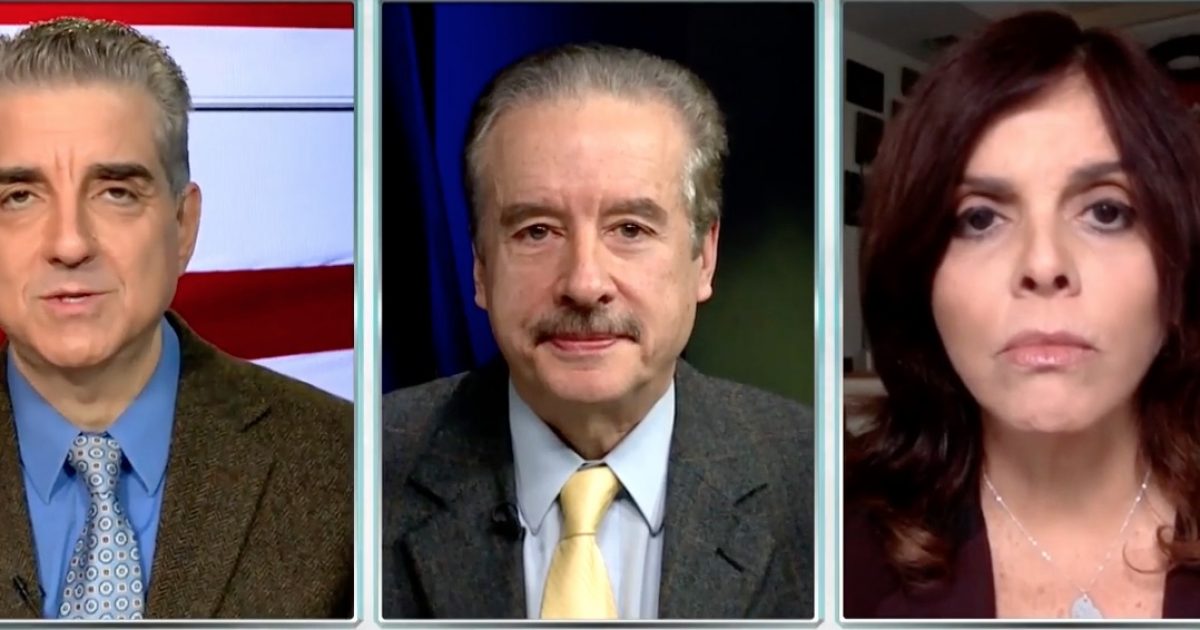 Last week, a painting portraying police as pigs was removed from a hallway in the U.S. Capitol by Representative Duncan Hunter (R-CA).

Since then, members of the Congressional Black Caucus ceremoniously re-hung the painting.

During the debate, Velez-Mitchell said the painting depicting police officers as pigs “is an insult to pigs.”

I also happen to be an animal rights activist and a vegan and I don’t think that pig is a dirty word. I feel we demonized animals especially farm animals and it’s something we need to look at. These are God’s creatures and we should show them respect. So I think the very notion of using the word pig is an insult to animals and an insult to nature…,”