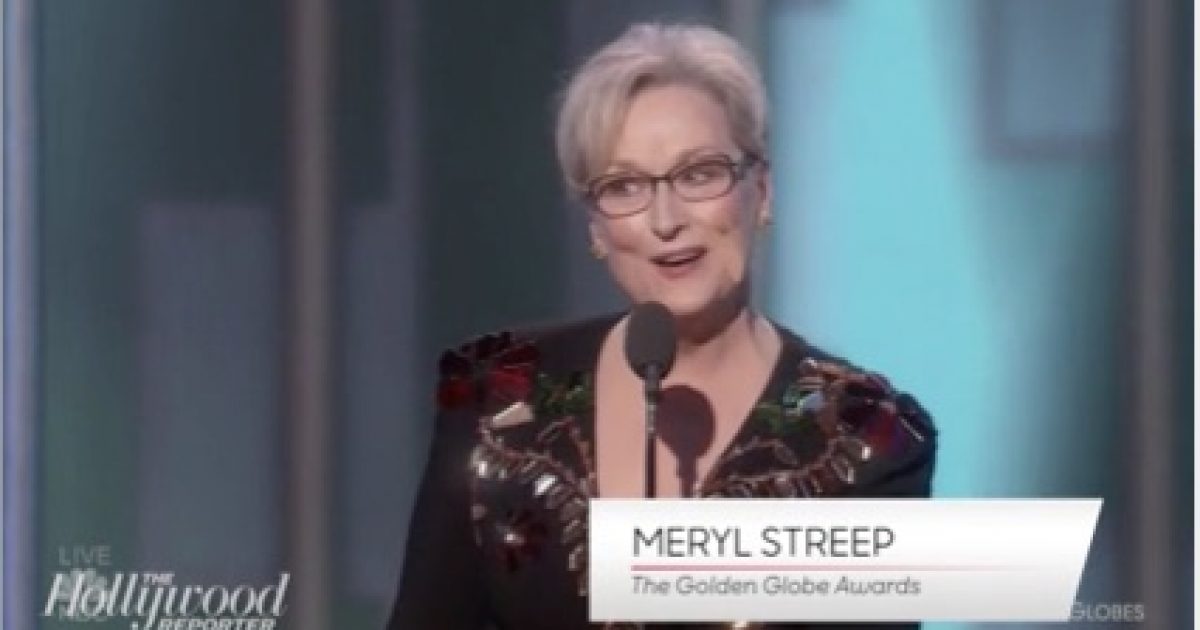 The Hollywood elite is at it again.

Streep aggressively criticized Trump during her acceptance speech after receiving an award from the Human Rights Campaign at the Waldorf Astoria Hotel in New York City.

At first, Streep indirectly apologized for comments she made during the Golden Globe Awards where she dissed football and mixed martial arts (MMA) fans by saying they will be one of the few avenues of entertainment if “outsiders and foreigners” are kicked out of the U.S. She emphasized that these sports don’t qualify as the arts.

Streep mentioned the backlash she received and called those that criticized her remarks at the Golden Globe Awards “brownshirts” but promised to press on with political commentary.

From The New York Times:

“It’s terrifying to put the target on your forehead, and it sets you up for all sorts of attacks and armies of brownshirts and bots and worse, and the only way you can do it is to feel you have to,” Ms. Streep said. “You have to. You don’t have an option. You have to.”

The actress kept her promise to keep criticizing Trump focusing her comments on Trump’s willingness to push back against critics.

At one point, Ms. Streep referred to Mr. Trump as a “self-dealer,” and said, “The whip of the executive can through a Twitter feed lash and intimidate, punish and humiliate, delegitimize the press and imagined enemies with spasmodic irregularity and easily provoked predictability.”

Richard Gere also made his feelings known about Trump at The Berlin Film Festival. Geer believes Trump is responsible for a rise in hate crimes and convincing the public that refugees are terrorists.

The most horrible thing Trump has done is conflate the terms refuge and terrorist. It means the same thing in the U.S. now. A refugee used to be someone who you had empathy for, who you wanted to help and give refuge to. Now we’re afraid of them. We have to really understand what he and this conservative movement has done and not forget we’re all in this together. We can’t escape each others realities. We have to embrace each other and love each other.”

The Hollywood elite is adding to the left-wing drumbeat against Trump which will only bolster the president’s backers and feed the liberal mob with misinformation.