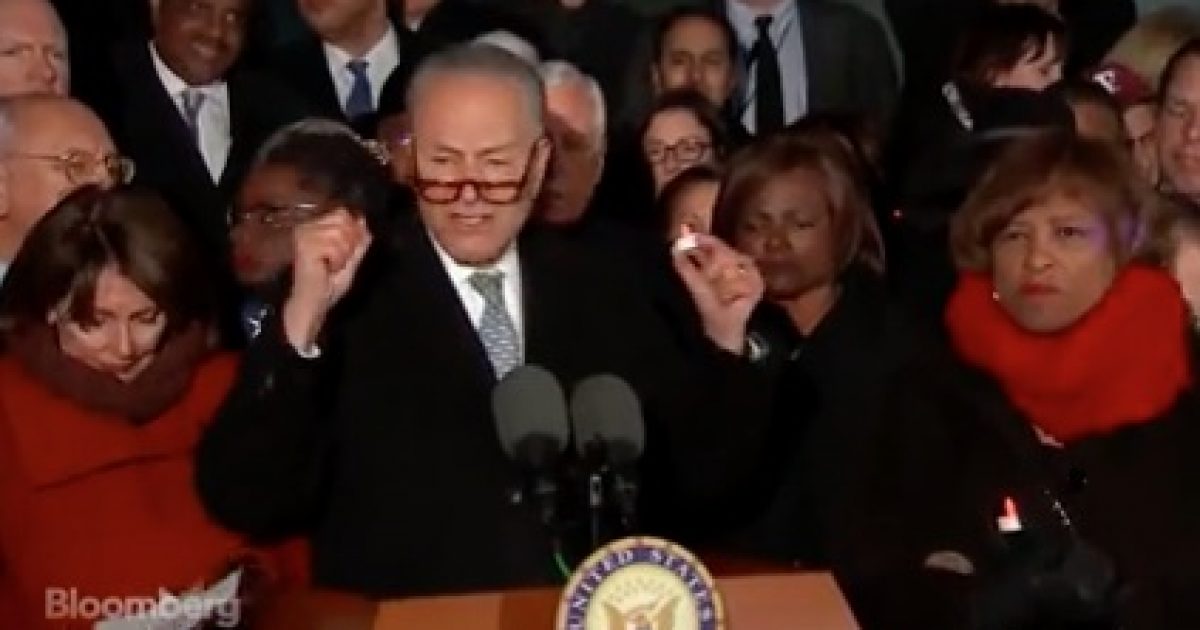 The radical left is never satisfied.

Senate Minority Leader Chuck Schumer is attacking President Donald Trump on a daily basis but that’s not enough for the Democrat Party’s progressive base.

Schumer ranting (watch video) over Trump’s refugee and travel bans only fed into their anger.

About three thousand angry activists protested outside Schumer’s home in Brooklyn. The protesters are upset that Schumer is not stopping Trump’s cabinet picks.

“Senator Schumer needs to know we’re watching him,” fumed Brad Wolchansky, a 40-year-old soccer coach from Flatbush who was carrying a cardboard cut-out of a giant eye on Tuesday night.

He and roughly 3,000 others gathered at Grand Army Plaza at around 6 p.m. before eventually making their way over to Schumer’s building at 9 Prospect Park West, between Carroll and President streets.

Democrats built a party by using propaganda to divide Americans and now its base is reacting to the fear that Schumer and others created.

The left-wing mob will never be satisfied because their concerns are based on emotion.

Importantly, these antics will further divide the Democrats and drive moderates away from the party.