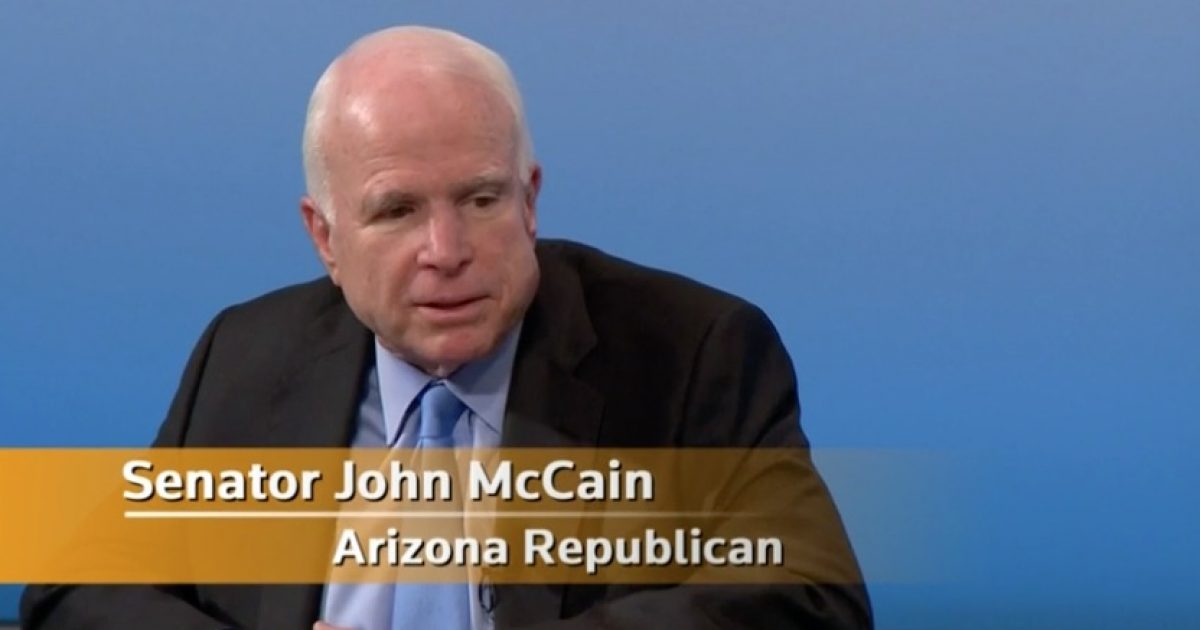 Senator John McCain (R-AZ) is trying his best to maintain his maverick status by becoming the biggest critic of President Trump.

In a preview of NBC’s “Meet the Press” with host Chuck Todd, McCain blasts Trump’s criticism of the media claiming it threatens free speech and added silencing speech is a strategy used by dictators.

“They get started by suppressing free press, in other words, a consolidation of power — when you look at history, the first thing that dictators do is shut down the press,” McCain said. “And I’m not saying that President Trump is trying to be a dictator. I’m just saying we need to learn the lessons of history.”

McCain also criticized Trump during a speech in Germany.

John McCain is increasingly mad as hell about President Donald Trump. And on Friday, he went after Trump – hard.

During a speech at the Munich Security Conference in Germany, the Republican senator from Arizona delivered a pointed and striking point-by-point takedown of Trump’s worldview and brand of nationalism. McCain didn’t mention Trump’s name once, but he didn’t have to.

In addition, McCain said the Trump administration “is in disarray.”

McCain’s emotional outburst is self-serving and disappointing. The Arizona senator is embellishing his maverick status at the cost of undercutting Trump.

The media and Democrats are going to make the most of McCain’s public tantrum.