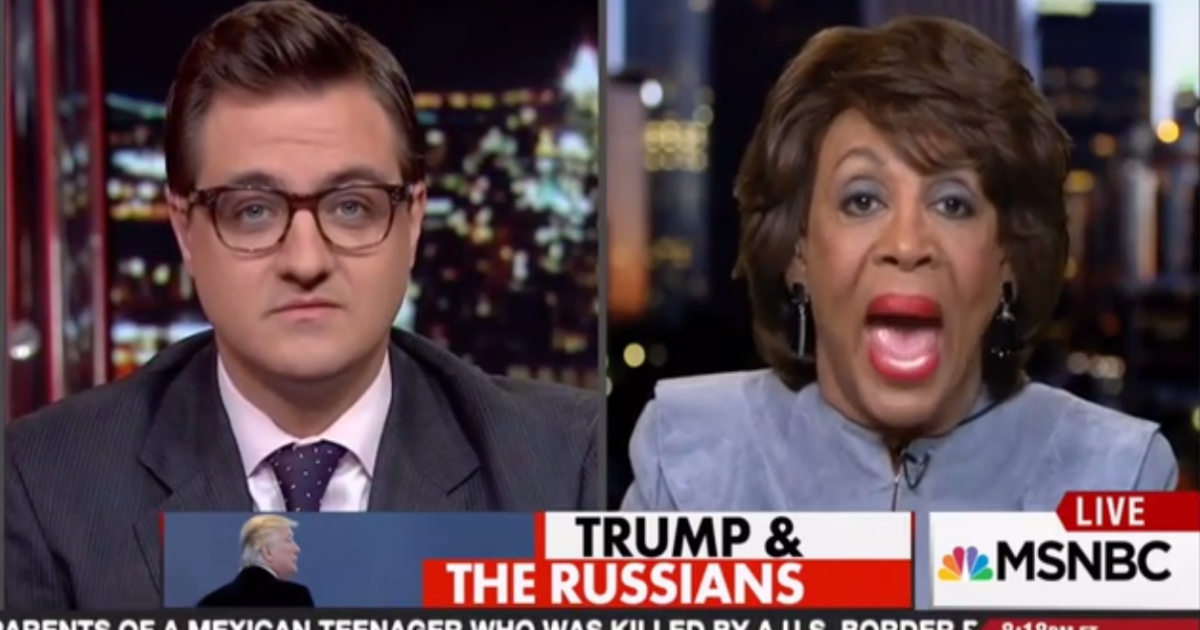 Representative Maxine Waters (D-CA) went off the rails during an interview on MSNBC.

Waters called members of the Trump administration “scumbags,” while talking with Chris Hayes on his program, “All In With Chris Hayes.”

During an interview on MSNBC’s All In with Chris Hayes, Rep. Maxine Waters (D-Calif.), who is a staunch critic of President Donald Trump, claimed that Russians “hacked into the election,” that Trump is “entangled” with a “Kremlin clan,” and that many people in his cabinet “are a bunch of scumbags.”

“It`s clear to me, and I just think the American people had better understand what`s going on,” said Waters on the MSNBC on Tuesday evening. “This is a bunch of scumbags. That`s what they are.”

Waters is one of the leading critics of President Trump. She refused to attend the inauguration and said she would not go to the White House to meet with the president.

Democrats are going way over the top in their criticism of Trump and with Waters serving as spokesperson the desperate strategy is sure to backfire.