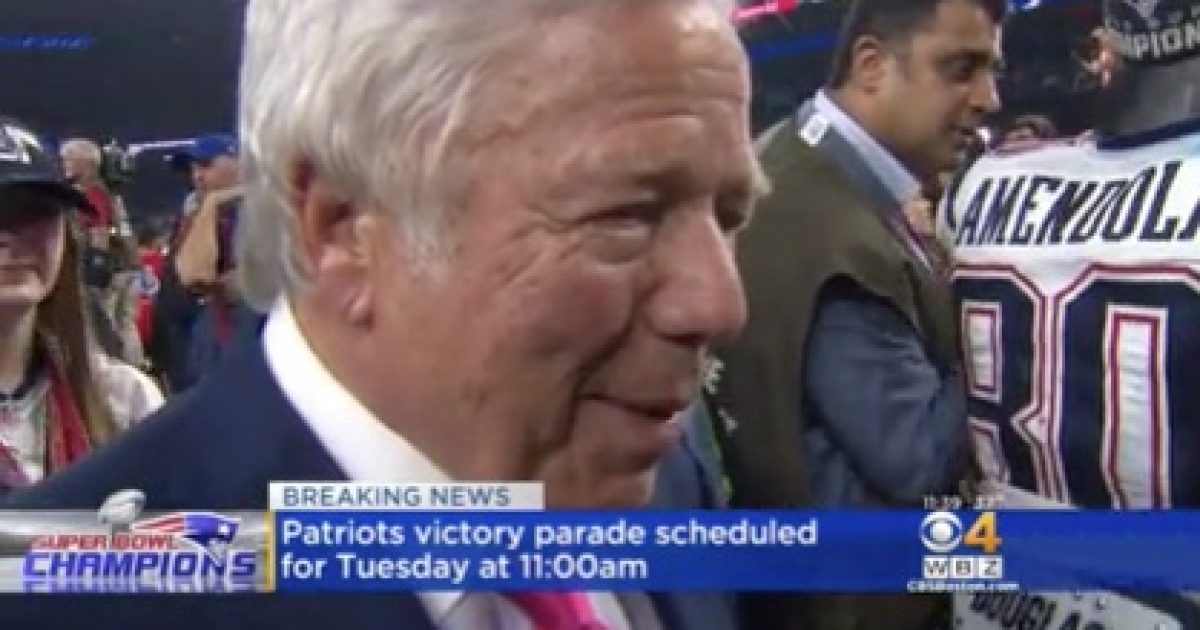 Despite all the criticism hurled at President Trump regarding his character, there is a lot of evidence he is a compassionate man.

In 1988, Trump used his plane to transport a sick child across the country so he could get treated in New York.

It’s also reported that in 2008 Trump allowed singer Jennifer Hudson and her family members to stay at the Trump International Hotel free of charge following the murder of her mother and brother in Chicago.

It turns out that compassion is the foundation of New England Patriots Owner Robert Kraft’s support for Trump.

In an interview with The New York Daily News Kraft disclosed Trump was in constant communication with him following his wife’s death.

Kraft’s loyalty to Trump goes back to when his wife Myra died from cancer in 2011, shortly after the labor deal was done.
“When Myra died, Melania and Donald came up to the funeral in our synagogue, then they came for memorial week to visit with me,” Kraft said. “Then he called me once a week for the whole year, the most depressing year of my life when I was down and out.
He called me every week to see how I was doing, invited me to things, tried to lift my spirits. He was one of five or six people that were like that. I remember that.”

While Trump critics focus on his tough and aggressive language, the president’s actions show he has a big heart.