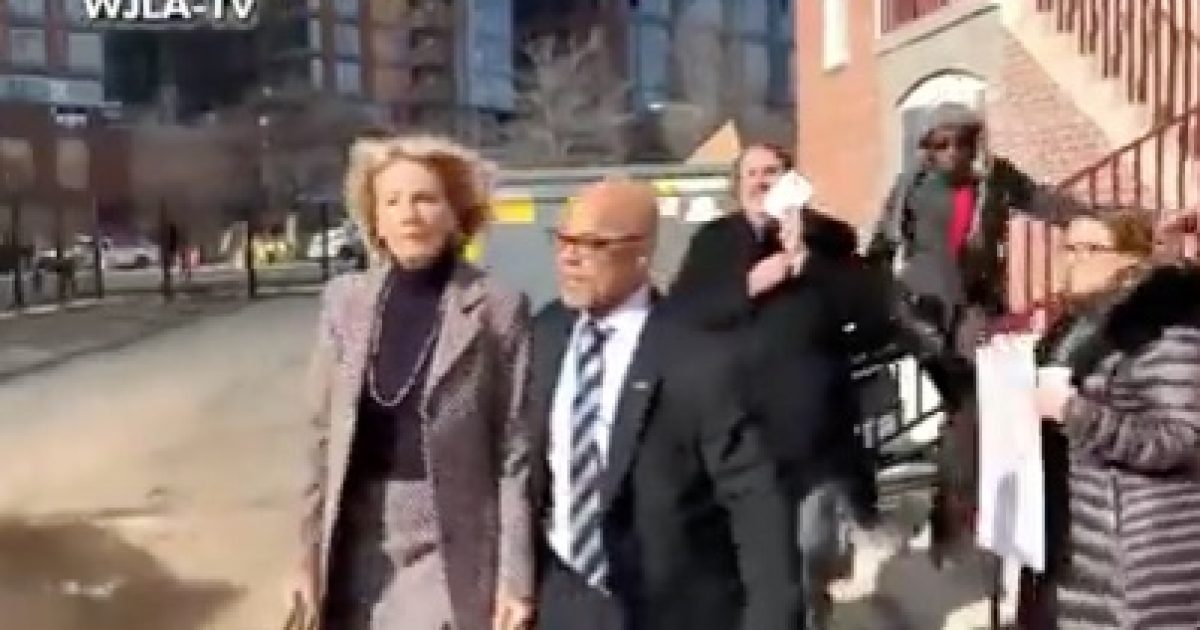 The political left continues to be the protest party.

Betsy Devos, the new Secretary of Education, was physically prevented from entering a D.C. school by protesters.

Parents holding signs greeted DeVos when she arrived at Jefferson Middle School Academy in southwest Washington, not far from the Department of Education building.

When she tried to enter the school, the protesters stood in front of her, video from CNN affiliate WJLA showed.

The video showed DeVos then turned around and walked away, with one protester walking beside her shouting, “Go back! Shame, shame.”

The protesters blocked DeVos from exercising her role as the head of the Education Department.

The Democrat party is turning into the mob party – shutting down speech at every opportunity.