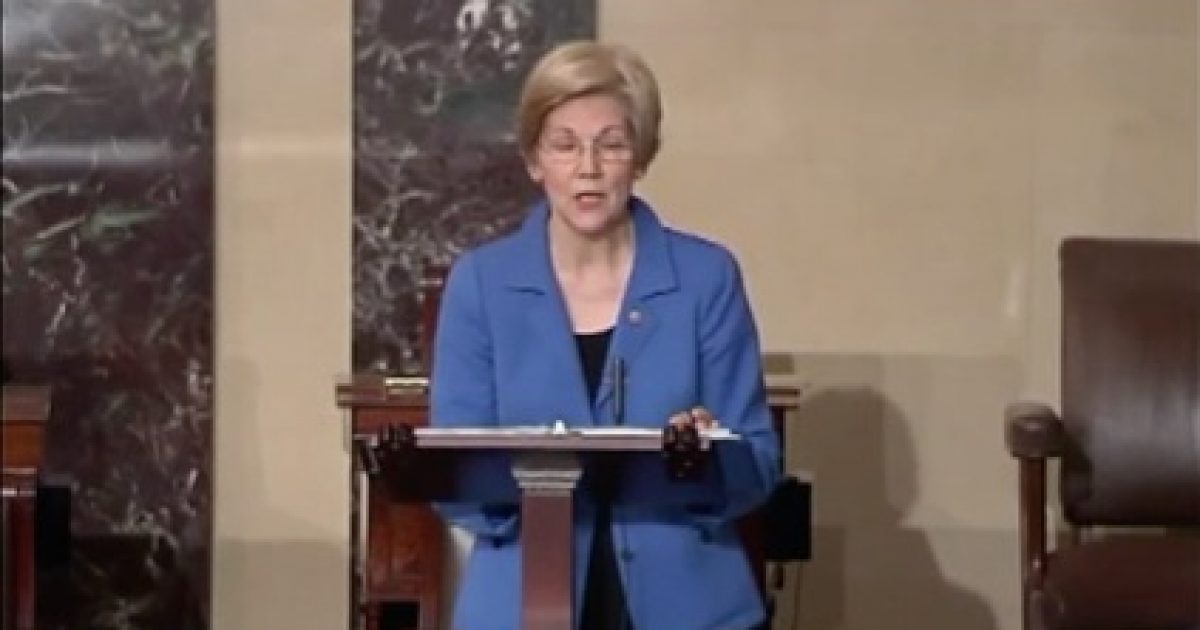 The Republican majority in the Senate had enough of Senator Elizabeth Warren’s (D-MA) antics.

Democrats are engaged in a desperate effort to block senate approval for Sessions to become attorney general.

The New York Times reported on the drama:

Across the room, Senator Mitch McConnell, the majority leader, had stepped forward with an objection, setting off an extraordinary confrontation in the Capitol and silencing a colleague, procedurally, in the throes of a contentious debate over President Trump’s cabinet nominee.

“The senator has impugned the motives and conduct of our colleague from Alabama, as warned by the chair,” Mr. McConnell began, alluding to Mrs. King’s letter, which accused Mr. Sessions of using “the awesome power of his office to chill the pre-exercise of the vote by black citizens.”

Mr. McConnell called the Senate to order under what is known as Rule XIX, which prohibits debating senators from ascribing “to another senator or to other senators any conduct or motive unworthy or unbecoming a senator.”

Warren is trying to maximize every opportunity to establish herself as the leader of the Democrat party.

Unfortunately, McConnell’s action will only increase Warren’s left-wing reputation and embolden her further.