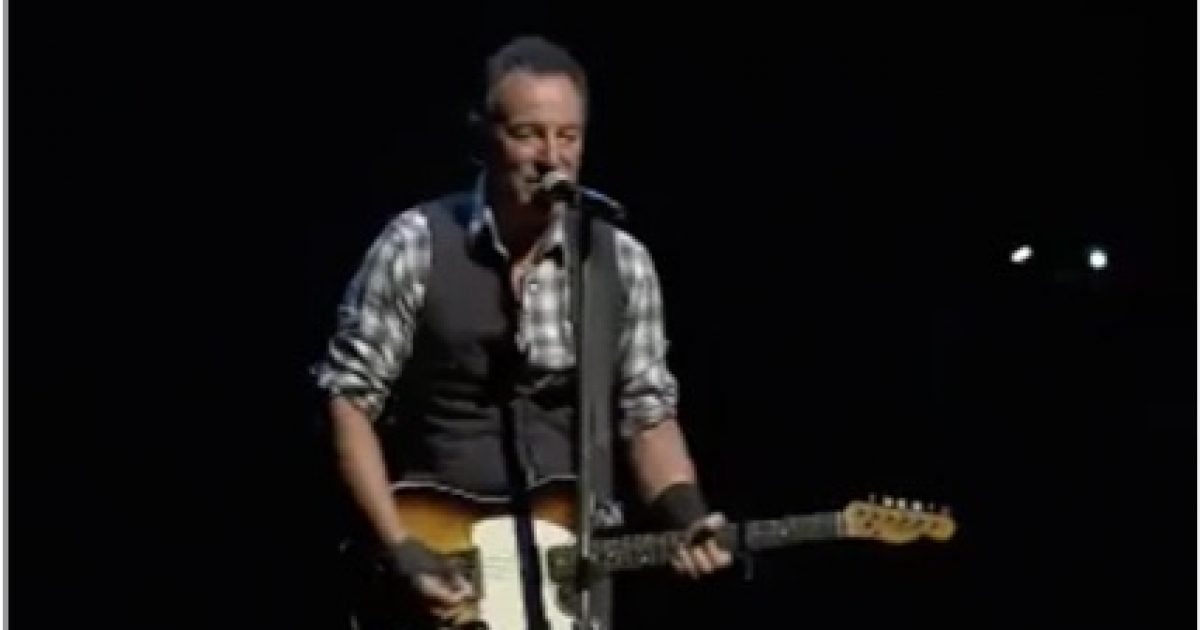 Bruce Springsteen is channeling his inner Obama by performing his own apology tour.

At a concert in Melbourne, Australia, Springsteen told the audience that the band was appearing as “embarrassed Americans,” referring to the recent phone conversation between President Trump and Australian Prime Minister Malcolm Turnbull.

Springsteen told the crowd, “We stand before you embarrassed Americans,” before singing the song “Don’t Hang Up,” to mock Trump.

Bruce Springsteen always knows just what to sing when he’s got something on his mind. Take his show in Melbourne on Thursday (Feb. 2) at AAMI Park, where The Boss played a cover of The Orions’ 1962 No. 4 Billboard Pop Chart single “Don’t Hang Up” to mock the allegedly disastrous phone call between President Trump and Australian Prime Minister Malcolm Turnbull.

Springsteen is part of the entertainment elite far removed from the struggles of Americans that suffered under President Obama.

In reality, slamming an American president overseas is un-American.