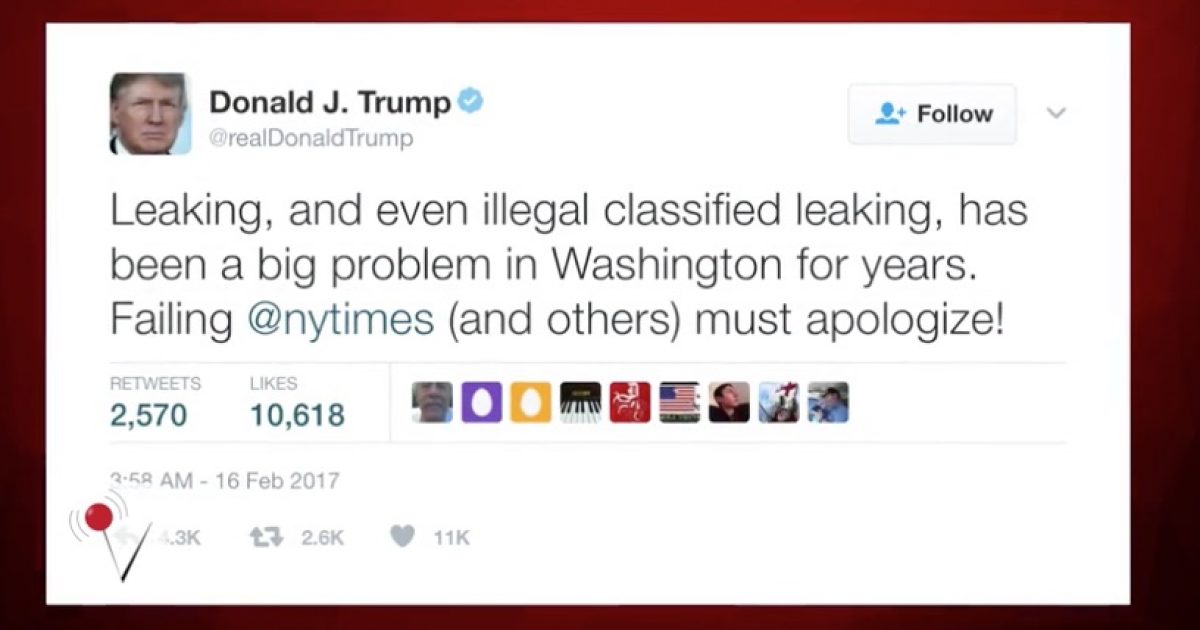 The Wall Street Journal is reporting that U.S. intelligence officials have kept information from President Trump. The reason for their failure to fully communicate with Trump is a lack of confidence that the information will be held confidential.

The officials’ decision to keep information from Mr. Trump underscores the deep mistrust that has developed between the intelligence community and the president over his team’s contacts with the Russian government, as well as the enmity he has shown toward U.S. spy agencies. On Wednesday, Mr. Trump accused the agencies of leaking information to undermine him.

The White House doesn’t believe the claim made in the story.

While the White House denies the basis of the story, General Michael Flynn’s resignation was tied to intelligence leaks.

If true, the fact that intelligence officials are withholding information from Trump is a serious matter and must be resolved. The president can’t be undermined by the bureaucracy, especially those charged with national security.