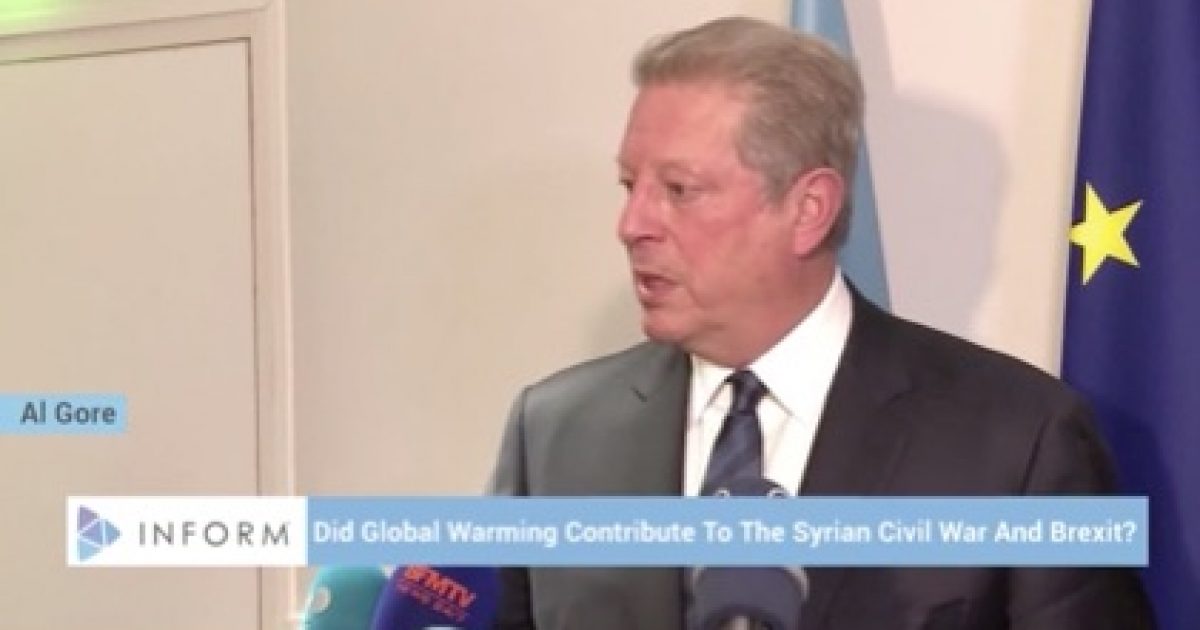 The former Vice President claims a number of Republicans are set to join with the left to promote climate change policies.

Last week there was what was called the Hurricane Katrina of the Plains with a million acres burned and thousands of cattle burned.

“Literally almost day now there are these events. Even those who don’t necessarily want to use the phrase global warming or the climate crisis are saying ‘ok, it’s time to do something about this’.

“As of yesterday there’s a new development, there are now 30 Republican members of the House of Representatives who have changed sides on this issue and have become part of a group committed to solving the climate crisis.

“We only now need a few more to have a working majority on this issue in the US Congress.

“There are about 10 Republican senators who right now are considering changing sides, a couple already have.