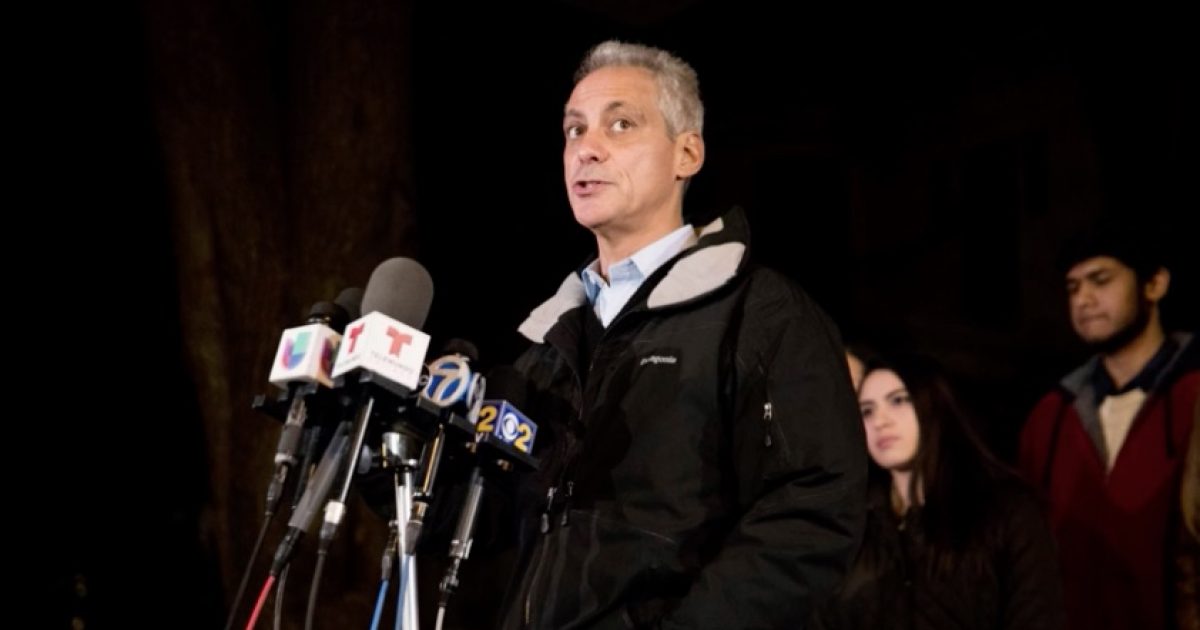 The arrogance of the policial left has no bounds.

After Attorney General Jeff Sessions reiterated the federal government’s threat to block funding for so-called “sanctuary cities,” Mayor Rahm Emanuel doubled down on his own promise that Chicago will “continue to welcome” immigrants.

“I’ve always seen Chicago as a welcoming city,” Emanuel said in an interview from the Nasdaq stock exchange in New York on Monday.

The story notes Chicago gets over $1 billion in federal funds.

Emanuel’s arrogance is putting Chicago in the crosshairs of President Trump’s efforts to eliminate sanctuary cities.