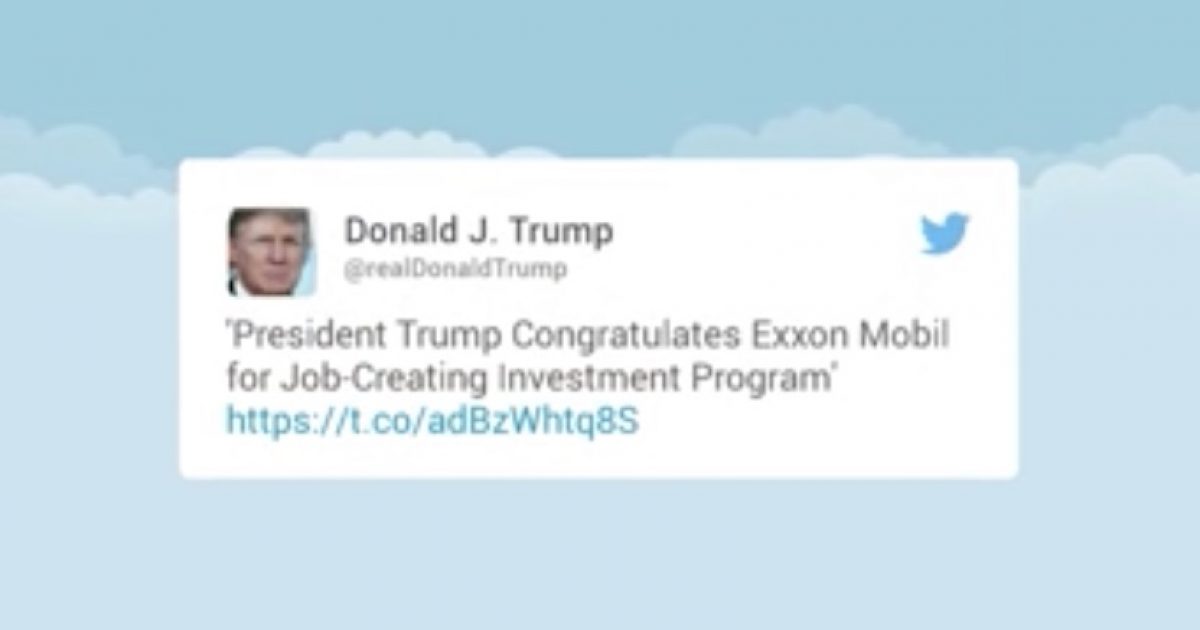 The coal industry is stabilized and showing signs of life. A recent Fox News story discussed the recent bounce back in Virginia City, Virginia due to a resurgence in coal mining.

With the threat of climate change regulations eliminated, the oil and natural gas industry are making huge investments in U.S. energy infrastructure.

For example, Exxon Mobil announced a $20 billion investment in refineries and liquefied natural gas facilities. It’s estimated that about 45,000 jobs will be created from this projects.

Chairman and CEO Darren Woods said Monday the expansion plan was mostly designed to create petroleum products for export. Woods said the work, which would focus on 11 plants in Texas and Louisiana, would create 12,000 permanent jobs and 35,000 construction jobs. Exxon currently has about 71,000 employees.

The promised $20 billion, decade-long investment would be roughly equal to Exxon’s total capital spending last year. The company announced last week that it plans to increase overall investments to an average of $25 billion a year from 2018 to 2020.

During the campaign, Trump promised to reduce regulations and companies are responding to his pro-economic agenda.