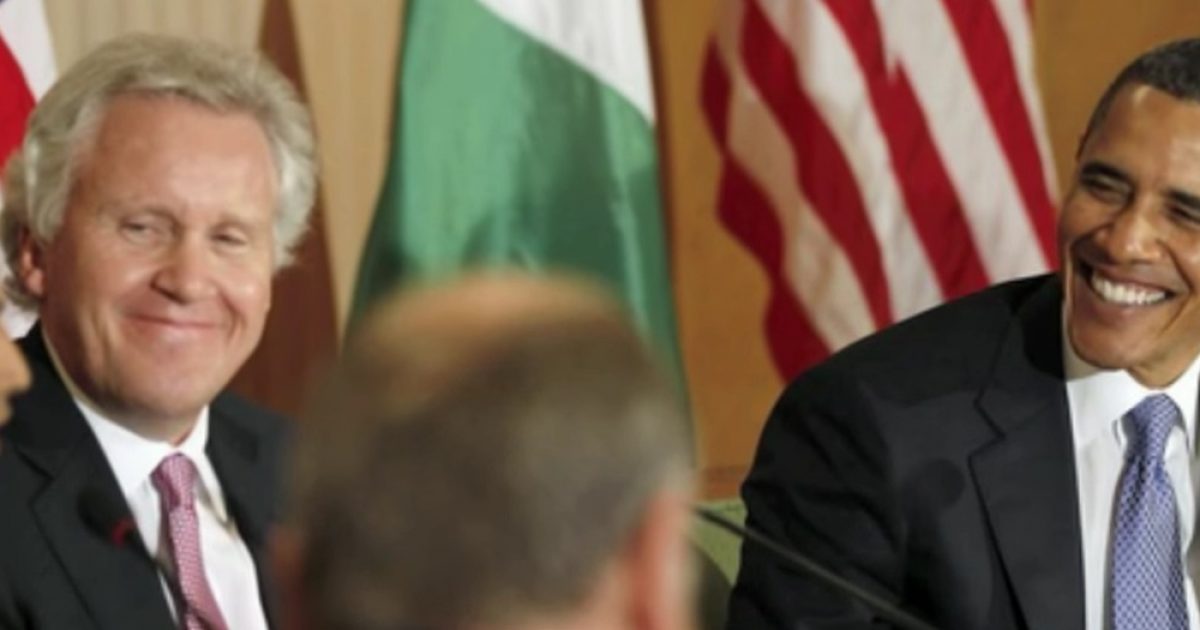 Immelt is a firm believer that human activity is causing climate change and feels the U.S. should stay in the UN Paris Climate Change Agreement. In addition to Immelt, other CEOs whined about Trump’s energy executive order (see video).

Taking aim at Trump’s latest executive order rolling back Obama-era energy regulations, which was signed Tuesday, Immelt said the company’s incorporation of green technology in response to “well accepted” climate change science has had a demonstrable effect both on environmental protection on improving company profits.

“We believe climate change should be addressed on a global basis through multi-national agreements, such as the Paris Agreement. We hope that the United States continues to play a constructive role in furthering solutions to these challenges, and at GE, we will continue to lead with our technology and actions,” Immelt wrote.

Defying Trump, Immelt added, “Companies must have their own ‘foreign policy’ and create technology and solutions that address local needs for our customers and society.”

Immelt’s concern is profit not the climate. Under his leadership, GE made huge investments in renewable energy and Trump’s pro-fossil fuel policy threatens that line of business.