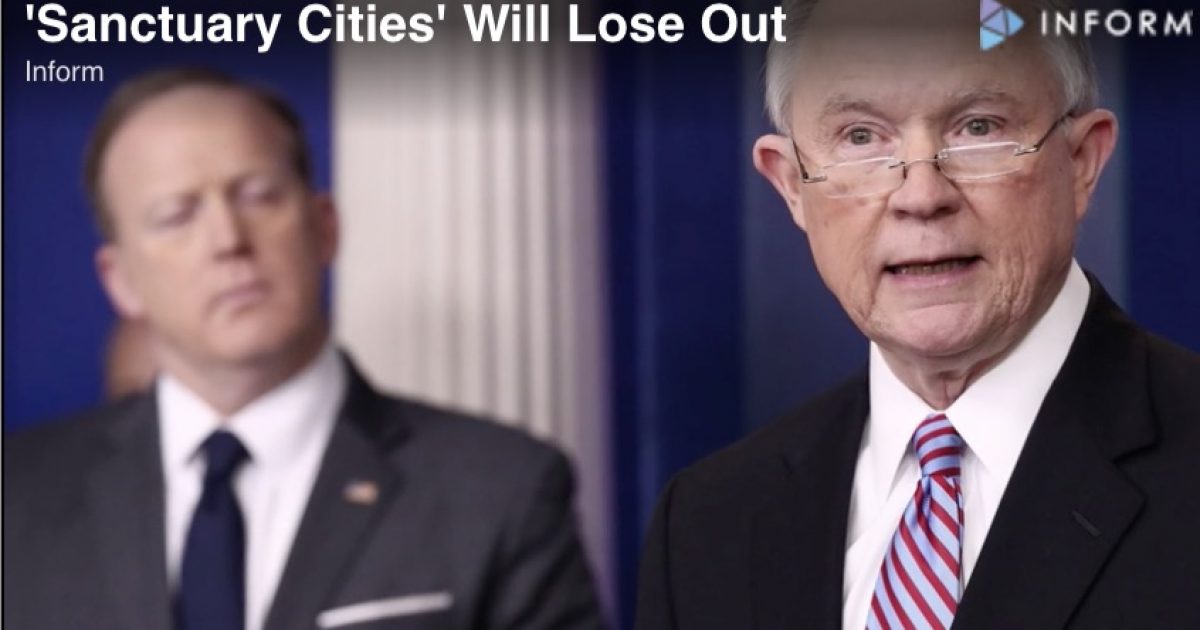 Using the power of federal purse strings, Sessions said he will not give money to sanctuary cities.

Attorney General Jeff Sessions said Monday he’ll begin punishing sanctuary cities, withholding potentially billions of dollars in federal money — and even clawing back funds that had been doled out in the past.

Speaking at the White House, Mr. Sessions said his department is preparing to dole out more than $4 billion in funds this year, but will try prevent any of it from going to sanctuaries.

“Countless Americans would be alive today … if these policies of sanctuary cities were ended,” Mr. Sessions said.

The actions by Sessions is good policy and politics. It’s outrageous that cities would seek to protect illegal aliens from deportation.

Also, the public, concerned about public safety, backs the crackdown on sanctuary cities.

Finally, the selective enforcement of laws by the government is dangerous.