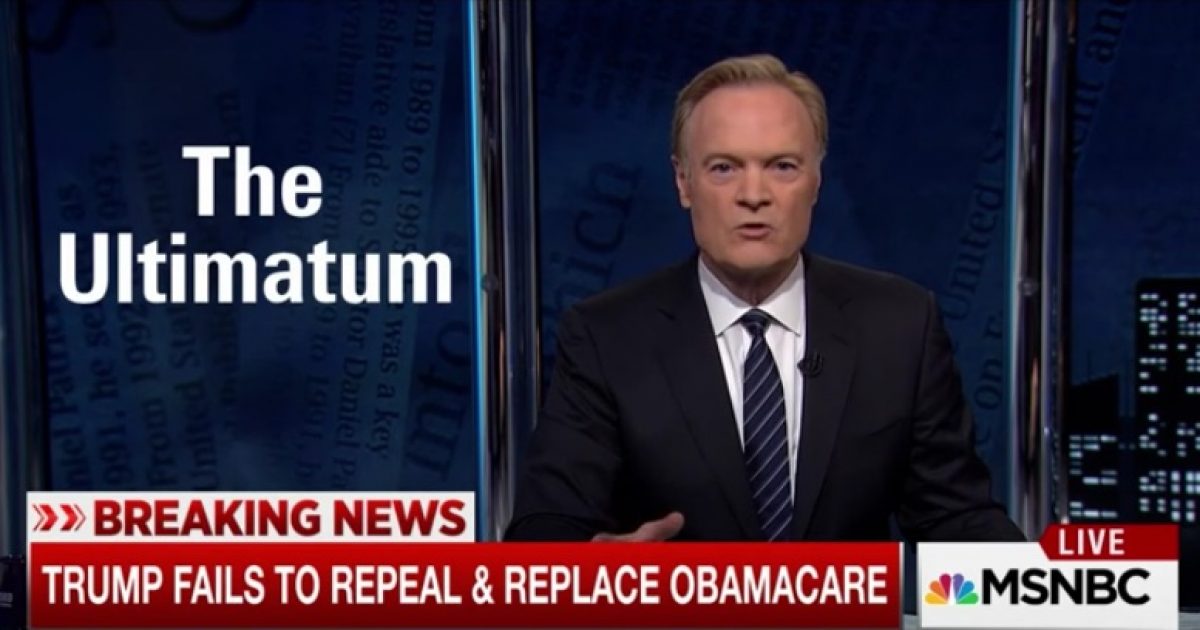 The left-wing media is in full rejoice mode after the American Health Care Act was pulled from the House floor.

Democrats and the liberal media pounced on the failed Republican effort to address ObamaCare.

MSNBC host Lawrence O’Donnell blasted Trump saying, “his presidency effectively ended today,” and by not voting for the bill House Republicans were “crushing the Trump presidency into irrelevance.”

Jake Tapper from CNN criticized Trump as a failed dealmaker and also wondered if Trump was permanently damaged saying, “It was an embarrassment for the White House and the House Republicans and now we wonder how much will this failure impact the rest of President Trump’s agenda.”

Progressive filmmaker Michael Moore, however, was more cautious. He warned Democrats not to get too arrogant (see video).

It’s clear Trump’s adversaries include Democrats but also their media allies and they will do anything to discredit Trump and his plans to Make American Great Again.

Trump needs to press forward with his agenda and rally the people to support his policy objectives.