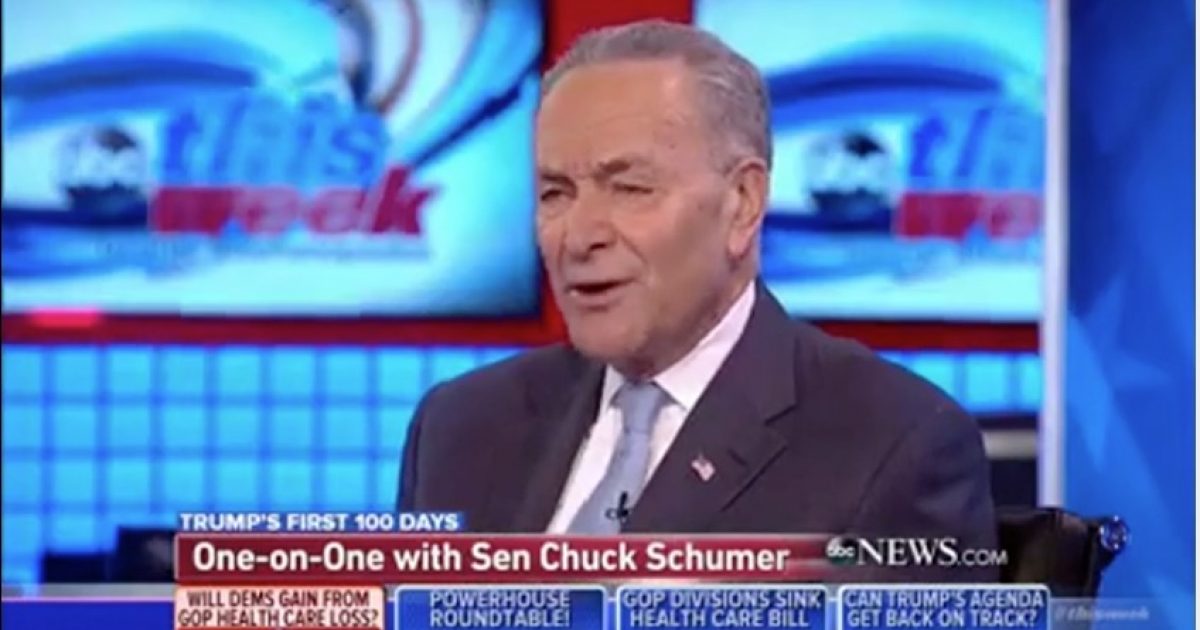 According to The New York Post, Schumer blasted a Trump supporter at a restaurant in New York City.

Sen. Chuck Schumer caused a scene at a Manhattan restaurant when he began yelling at a wealthy and well-connected Donald Trump supporter that the POTUS is “a liar.”

Schumer, the top Senate Democrat, lost his cool on Sunday night at Upper East Side restaurant Sette Mezzo, according to witnesses.

It looks like Schumer is trying to shame Trump supporters in public. Actions like this may endear Schumer with his left-wing base but it exposes the activist nature of today’s Democrats.