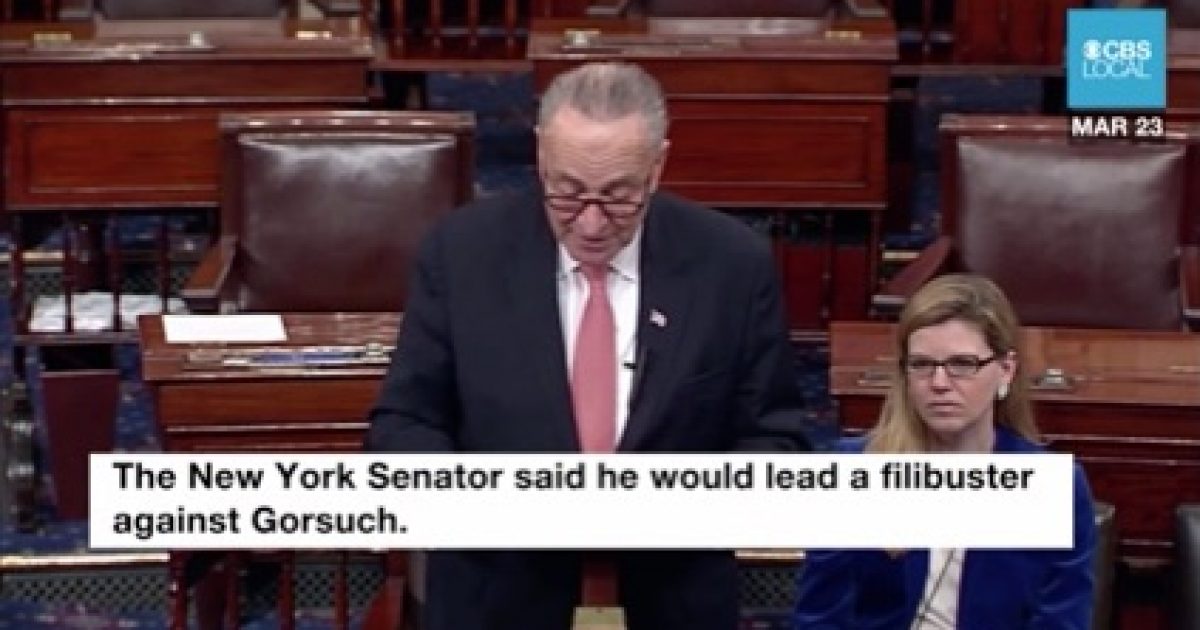 So much of Washington D.C. is just theatrics. For example, Congressmen participate in hearings to look like they have an open mind but their decisions are made long before any testimony.

President Trump’s Supreme Court nominee has gone through days of examination by the Senate Judiciary Committee for nothing.

Senate Minority Leader Charles E. Schumer said Thursday that Democrats will attempt to filibuster Judge Neil Gorsuch’s nomination, saying he would tilt the Supreme Court too far away from what Democrats want to see.

“After careful deliberation I have concluded that I cannot support Judge Neil Gorsuch’s nomination to the Supreme Court,” Mr. Schumer said, announcing his filibuster on the Senate floor.

The speech amounted to a challenge to Republicans, who may now have to decide whether to trigger the “nuclear option” and change the chamber’s rules to curtail the power of the filibuster.

Schumer is daring Senate Majority Leader Mitch McConnell (R-KY) to use the so-called nuclear option to eliminate the 60 vote requirement to break a filibuster.

McConnell must show real leadership and put Schumer in his place.

BREAKING EXCLUSIVE: Biden In PANIC MODE As Investigation Into Family PROFITING Off White House Launched- LOOK At What We Just Discovered!
AFF