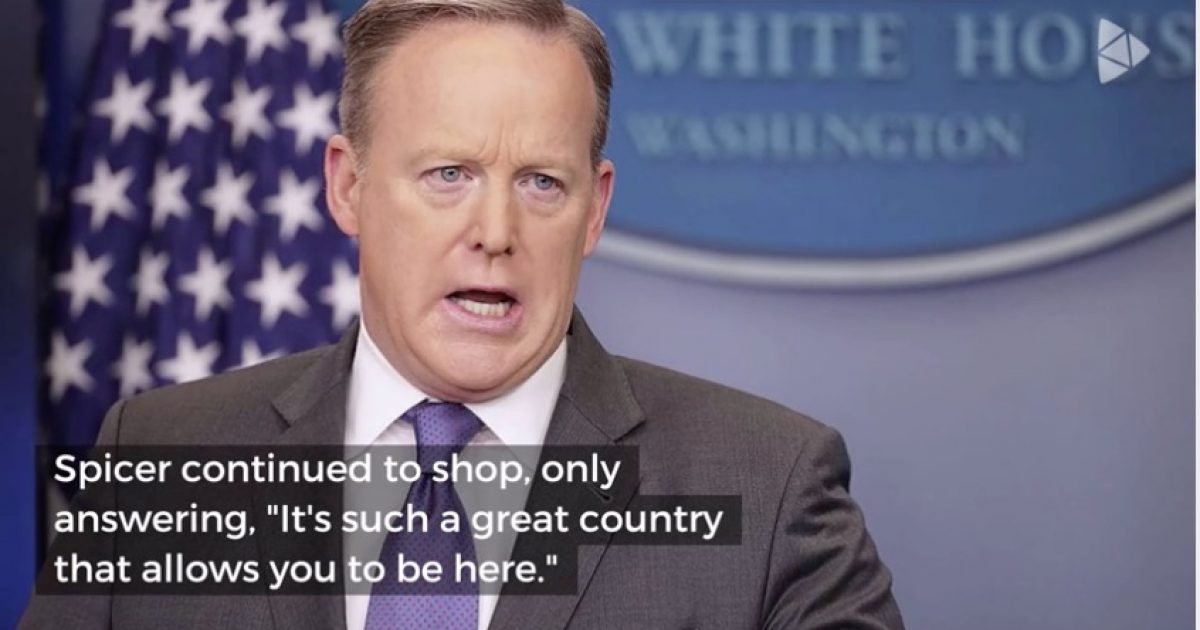 In today’s world, being a public figure is very challenging especially if you’re a member of the Trump administration.

Over the weekend, White House Press Secretary Sean Spicer was the subject of an ambush interview in an Apple store by Shree Chauhan who was shopping in the store as well.

White House spokesman Sean Spicer was accosted by an Indian-American woman — who peppered him with questions about committing “treason” and working for a “fascist” like President Trump — as he shopped in an Apple store over the weekend.

The encounter has since gone viral after the woman who filmed it, Shree Chauhan, 33, claimed online that Spicer had made a racist statement to her, saying: “It’s such a great country that allows you to be here.”

Chauhan proudly Tweeted the video of her exchange.

Chauhan’s questions were full of the left-wing propaganda talking points showing the effectiveness of their anti-Trump campaign.