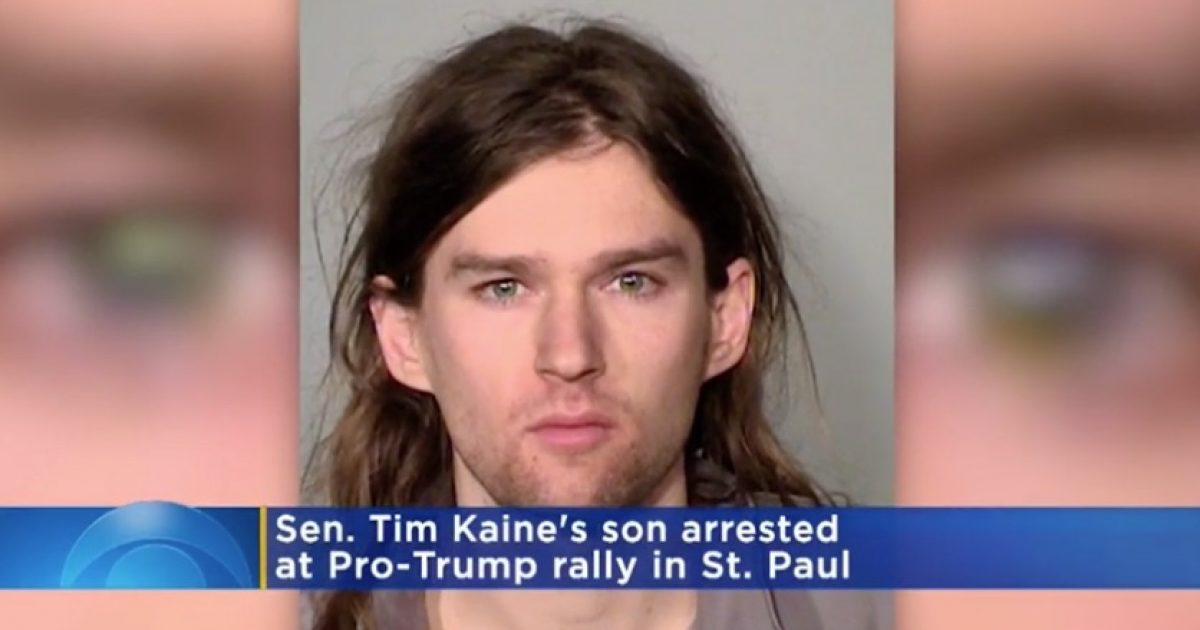 Last month, in a passionate plea Kaine urged Democrats to fight against President Trump in the streets.

So, the way we get outside the bubble is we take advantage of this tremendous public outcry against the administration. What we’ve got to do is fight in Congress, fight in the courts, fight in the streets, fight online, fight at the ballot box, and now there’s the momentum to be able to do this. And we’re not afraid of the popular outcry, we’re energized by it and that’s going to help us do our job and do it better.

Kaine’s son was arrested for actions to disrupt a pro-Trump rally in Minnesota.

The youngest son of U.S. Sen. Tim Kaine, Hillary Clinton’s 2016 running mate, was one of six people arrested Saturday after counter-protesters disrupted a rally in support of President Donald Trump at the Minnesota State Capitol.

Linwood Michael Kaine, 24, and four others were arrested on suspicion of second-degree riot after the “March 4 Trump” rally in St. Paul; a sixth person was cited for disorderly conduct. Counter-protesters clashed with Trump supporters in the Capitol rotunda after they disrupted the proceedings with air horns, whistles and chants. At one point, someone set off a smoke bomb.