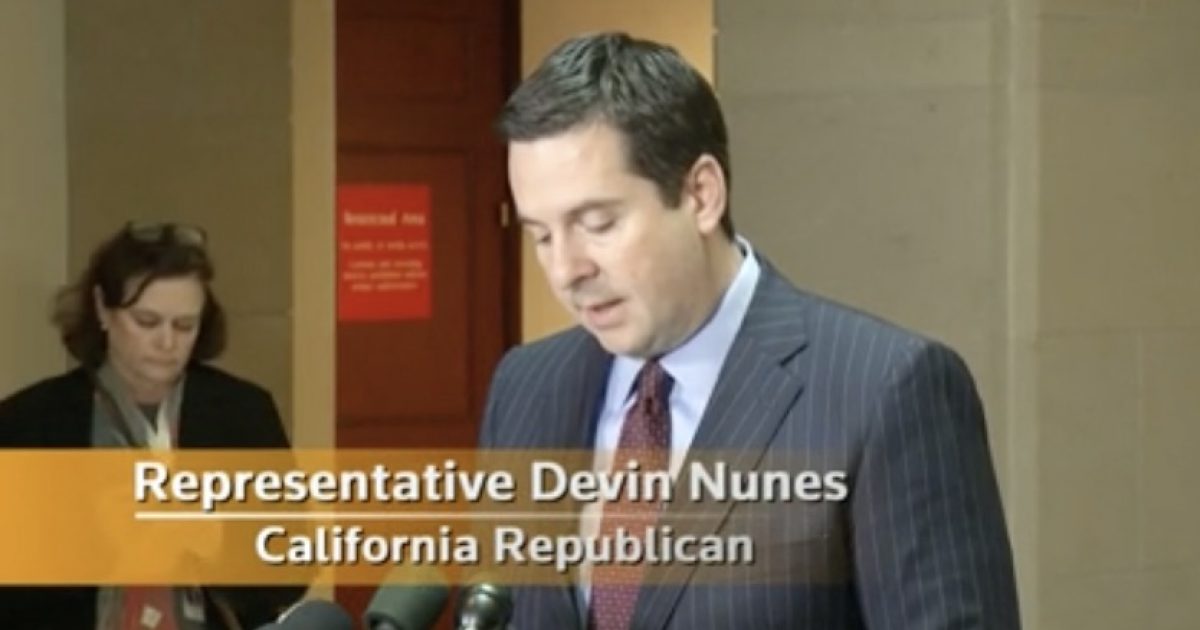 Devin Nunes, the House Intelligence Committee Chairman, said today that Trump’s personal communications might have been picked up via “incidental collection” by intelligence agencies.

Speaking to reporters on Capitol Hill, the California Republican said that he learned of “significant developments” that he’s now “alarmed” by since his panel heard testimony Monday from FBI Director James Comey and National Security Agency Director Admiral Mike Rogers.

In addiiton, some of Trump’s transition team had their names unmasked and the information collected had no connection to Russia.

These events expose serious problems with the way intelligence is gathered and possibly used for political purposes.