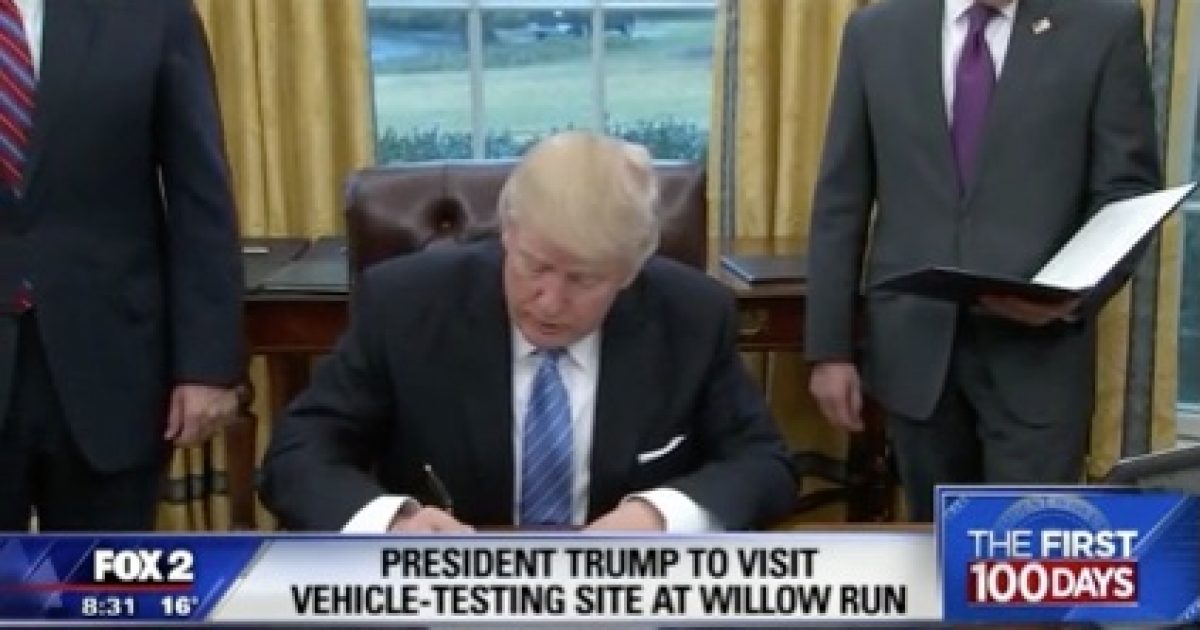 President Trump is keeping his word regarding removing harmful regulations that burden industry.

According to the Washington Examiner, Trump will announce he is going to roll back the Environmental Protection Agency’s fuel standard regulation issued at the close of the Obama administration.

“There is a voluminous record of data [from industry] that the EPA ignored,” the official said in previewing Trump’s announcement later Wednesday in Michigan. “I mean they sort of shoved it down their throats in December.”

Trump will make his announcement at the American Center for Mobility in the Detroit suburb of Ypsilanti, Michigan, on Wednesday. The auto industry has been lobbying Trump for months to withdraw the unfair review of auto regulations that would drive up fuel efficiency in vehicles from around 30 miles per gallon to well over 50 miles per gallon by 2025.

EPA’s last minute regulation was a classic in regulatory abuse. I described the agency’s twisted regulatory process in my Conservative Review commentary, “Agency Gone Wild: Why we need a leader like Pruitt to overhaul our activist EPA.”

Trump’s effort to change the fuel efficiency standards will help the auto industry and increase manufacturing jobs in the U.S.