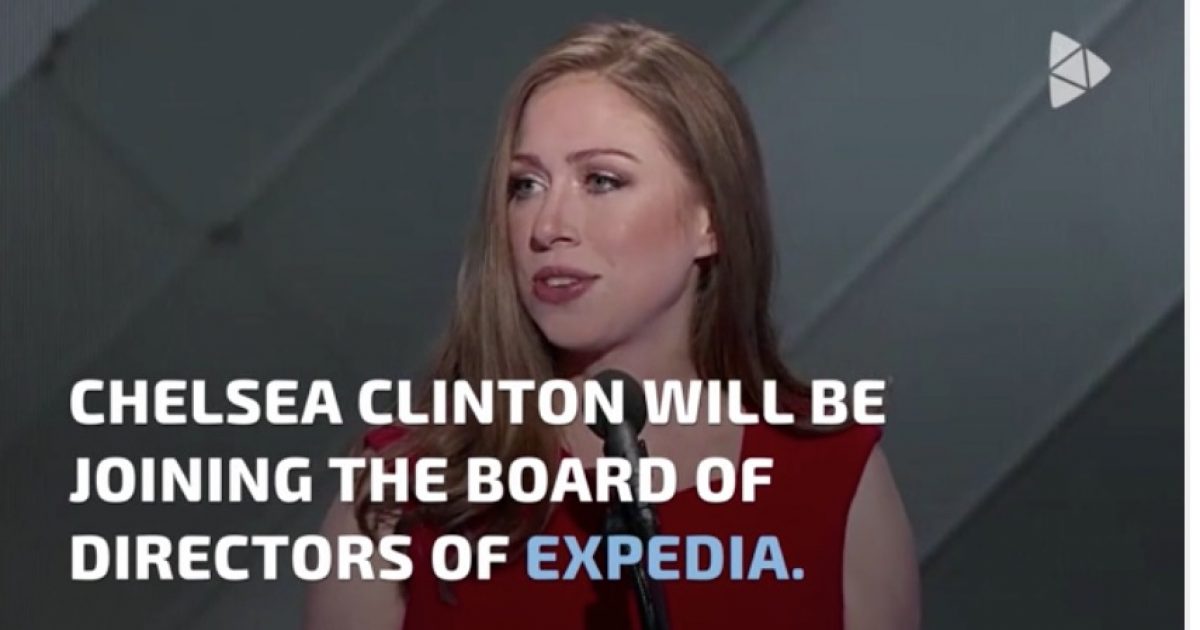 We hear about white privilege but the real privilege resides with the wealthy elite.

This is especially true for those politically connected.

Chelsea Clinton is a stellar example of the benefits of wealth and politics.

Previously, Chelsea had a job at NBC where she was paid $600,000 as a news reporter with no experience.

Recently, Chelsea was given a position on the board of directors for Expedia.

Mama Hillary Clinton didn’t make it to the White House, and hubby Marc Mezvinsky has just shuttered his hedge fund.

What’s a girl to do?

Expedia answered that question for Chelsea Clinton Friday by appointing her to its board.

The online travel giant had to increase the number of its directors from 13 to 14 in order to accommodate Clinton, according to securities filings.

The filing didn’t go into what Clinton will do for Expedia, except to say she’ll be rewarded “in accordance with the company’s standard compensation policies.”

That’s a lot of money for someone that majored in History at Stanford!

Wealth has its privileges.