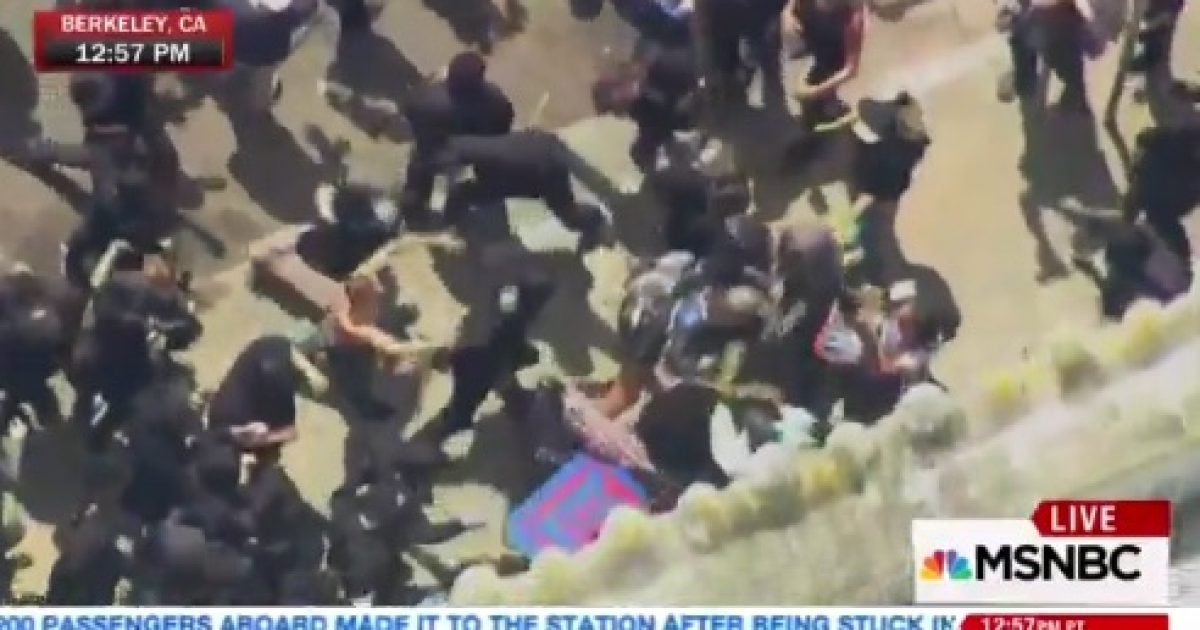 Violence erupted between Trump protesters and Trump supporters on Saturday.

At least four people were arrested after violence broke out Saturday between groups of supporters and detractors of President Donald Trump holding rallies in downtown Berkeley.

About 200 people were at Berkeley’s Martin Luther King Jr. Civic Center Park when several fights broke out. Dozens of police officers in riot gear standing nearby quickly arrested one man. Others were arrested after several skirmishes.

During the melee, firecrackers and pepper spray was unleashed on the crowd.

Numerous items used as weapons, including helmets, shields, sticks, and skateboards, were confiscated by police.