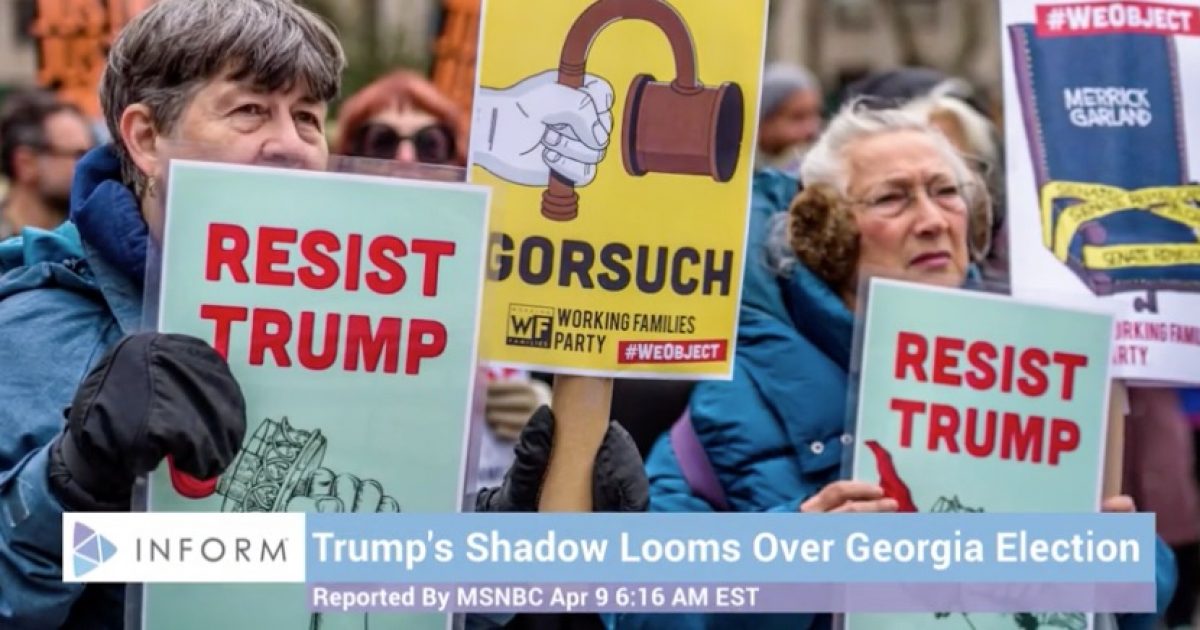 The left-wing political and media alliance wanted to show that the election of Donald Trump as president was going to elicit a backlash from voters.

The results of two special elections show Democrats remain losers. First, Democrats lost the open seat in Kansas and this week they didn’t win the seat in Georgia that opened up when Dr. Tom Price became the Secretary of Health and Human Services.

For all the anger, energy, and money swirling at the grass-roots level, Democrats didn’t manage to pick off the first two Republican-held congressional seats they contended for in the Trump era, and the prospects aren’t markedly better in the next few House races coming up: the Montana race at the end of May, and the South Carolina contest on June 20.

Democrats are finding out that railing against Trump can generate donations but it doesn’t translate at the ballot box.