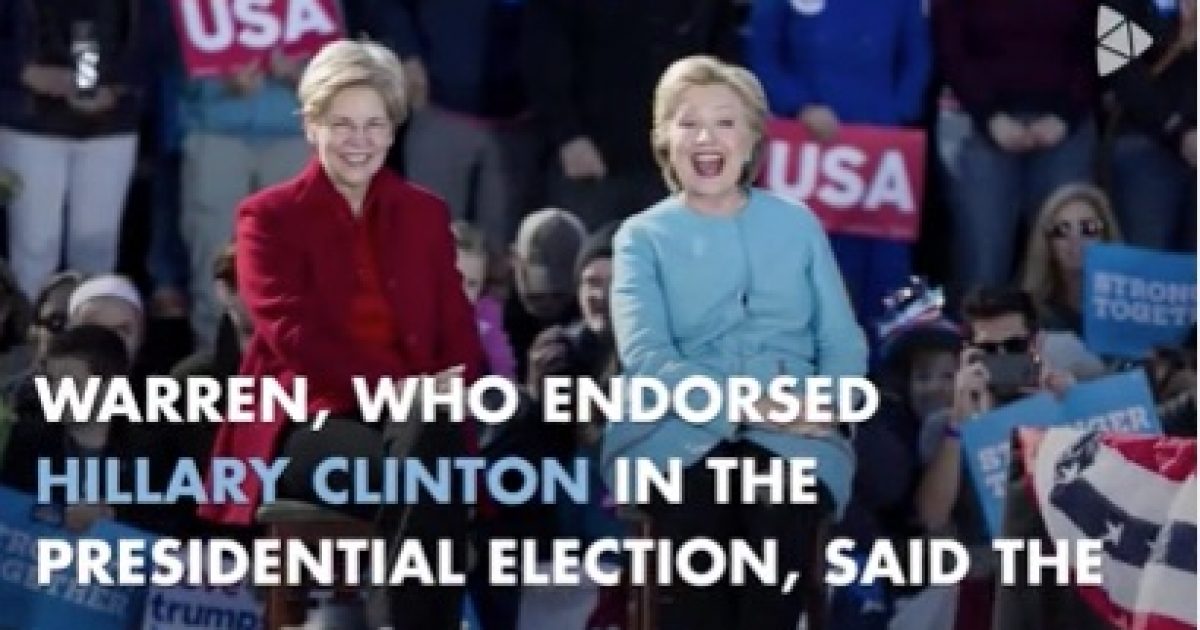 The poll reported 67 percent believe Democrats are out of touch with the everyday concerns of Americans.

Warren, an outspoken progressive politician, decided to blame the bad poll results on the party’s establishment and not the extreme positions by Democrat leaders including herself.

CNN reported on Warren’s comments made during an interview with Jake Tapper:

She said “the real energy” is not in the upper echelons of the parties, but instead in the grassroots, which she said contain a sizable amount of progressive outrage.

“It’s saying, ‘Look, we get it,'” Warren said. “‘The game is rigged. It’s rigged in favor of those at the top and rigged against the rest of us. And we want some accountability on that. We want to see a government that works for the rest of us.'”

Focusing largely on liberal economic positions and railing against major financial institutions, Warren has come to represent a wing of the Democratic Party that also aligns with the viewpoint of Vermont Sen. Bernie Sanders.

Warren is in denial. Yes, the Democrat Pary is run by its establishment but Warren fails to realize the impact of her progressive ideas on the public.

Trump won the election because he focused on real concerns of Americans such as jobs and border security.

In contrast, Warren doesn’t understand that the public knows progressive policies such as ObamaCare failed to deliver on its promise. Instead of acknowledging the core problem, she rails against Wall Street and Trump’s agenda.

Unless Democrats can identify the real cause of voter dissatisfaction they will be facing future election losses.