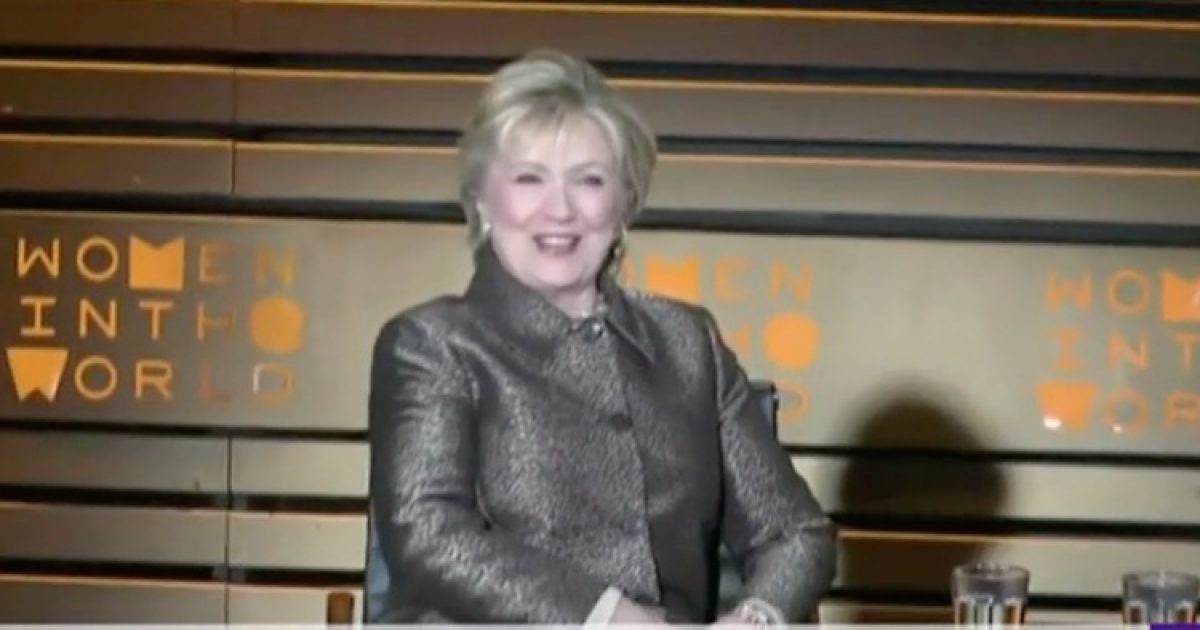 Hillary Clinton surfaced again and blamed her losing presidential run on everything but herself.

Speaking at the Women in the World Summit in New York, Clinton pointed her finger at voter resistance to having a woman president and at Russia for her embarrassing loss to President Trump.

“I think in this election there was a very real struggle between what is viewed as change that is welcomed and exciting to so many Americans and change which is worrisome and threatening to so many others.

“And layer on the first woman president over that and I think some people, women included, had real problems,” she said in her first interview since her loss, speaking to a New York Times journalist at the women’s empowerment event held each year in Manhattan.

The vastly experienced Clinton won the popular vote, but lost the crucial electoral college to the real estate tycoon who had never previously held public office.

The good news is Clinton said she wasn’t interested in running for office again. But then again, you can’t believe anything a Clinton says.

Clinton, like many Democrats, is very proficient in denying reality. Clinton lost because she ran a horrible campaign and she decided to use a personal server to handle State Department emails.