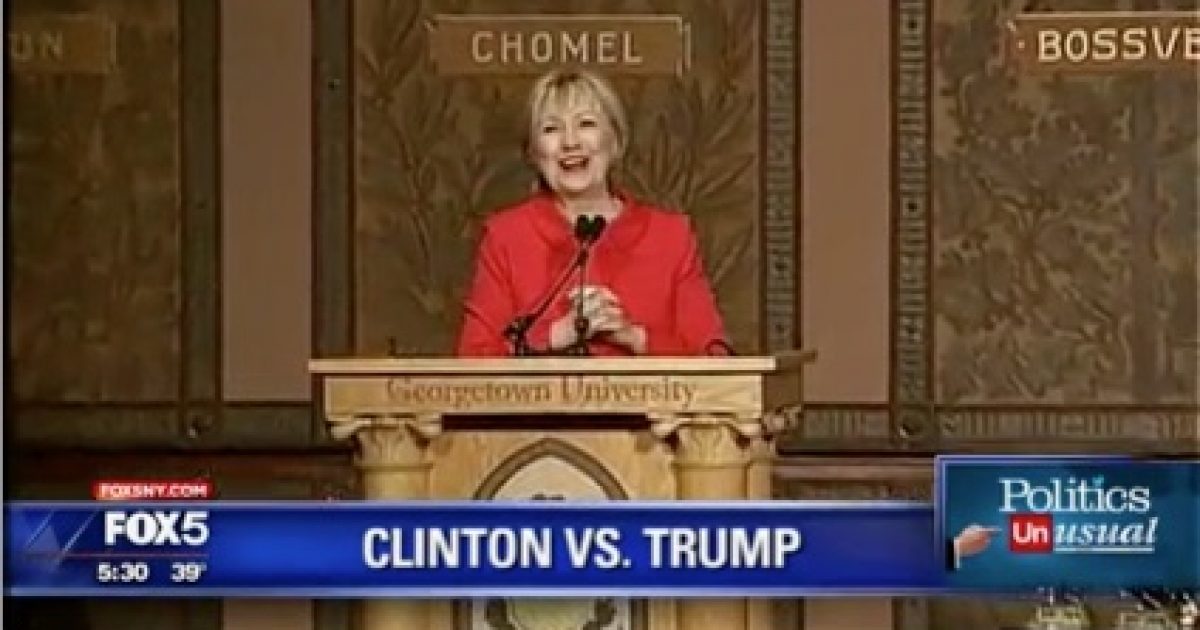 Hillary Clinton surfaced from the woods to blast President Trump during a Georgetown University speech.

Clinton spoke at an awards ceremony named after her: The Hillary Rodham Clinton Awards for Advancing Women in Peace and Security.

She took aim specifically at the Trump administration for its proposed cuts in international aid and diplomatic programs that help promote peace and stability. “I know we’ve seen positive results” in the advancement of women’s rights over the past couple decades, Clinton said. “But I’m here also to say we are seeing signals of a shift that should alarm us all.”

“This administration’s proposed cuts to international health, development and diplomacy would be a blow to women and children and a grave mistake for our country,” she said. “Turning our back on diplomacy won’t make our country safer. It will undermine our security and our understanding in the world,” said Clinton.

It’s all spending all the time with Democrats. Throwing money at problems is the liberal strategy.

Conveniently, Clinton forgot to mention that an Inspector General report found the State Department had $6 billion worth of contracts that were not being properly managed which potentially exposing the department to financial risk.