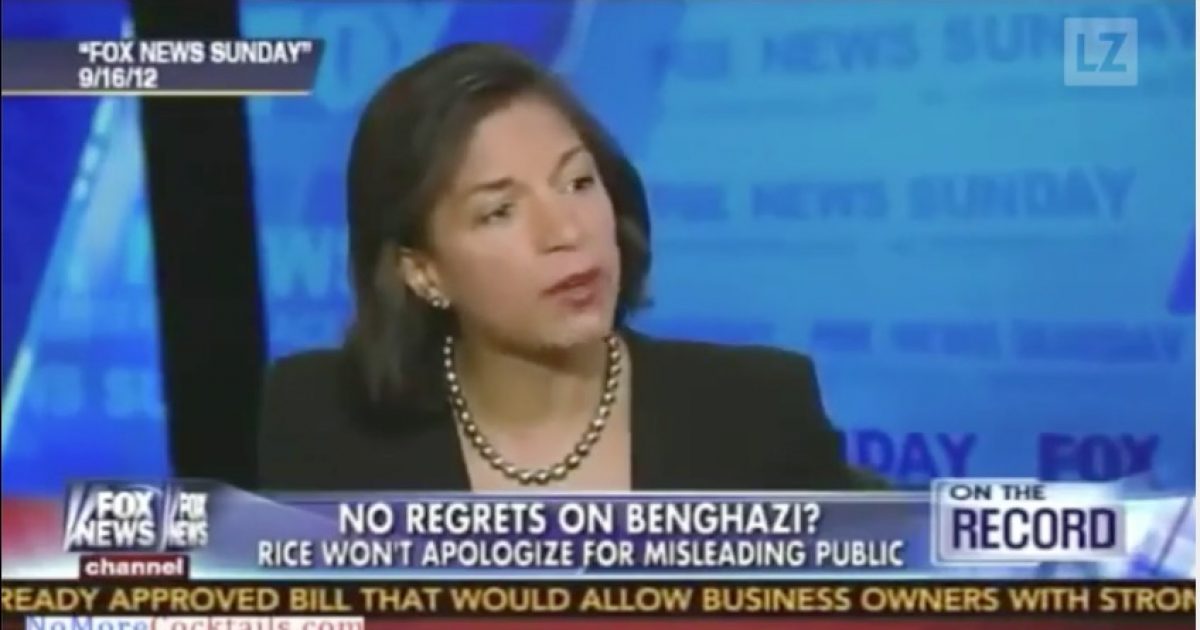 The left-wing media is at it again.

Instead of reporting the revelation that former National Security Advisor Susan Rice repeatedly asked for the “unmasking” of Trump team members, the blockbuster story was largely ignored by the major networks.

According to Newsbusters, ABC and NBC totally ignored the story while CBS minimized the seriousness of Rice’s keen interest in members of Trump’s team.

A massive revelation in the alleged surveillance of President Trump’s aides broke Monday morning when Bloomberg reported that “[f]ormer National Security Adviser Susan Rice requested the identities of U.S. persons in raw intelligence reports on dozens of occasions that connect to the Donald Trump transition and campaign.” With their identities unmasked, it allowed for someone to freely and illegally leak their names to the press. It’s controversial news but ABC and NBC both chose to ignore it that night, while CBS defended Rice.

The major networks and some cable news outlets are doing a disservice to their audiences. While they should be reporting the news to inform the public about important issues, the media is
playing politics.