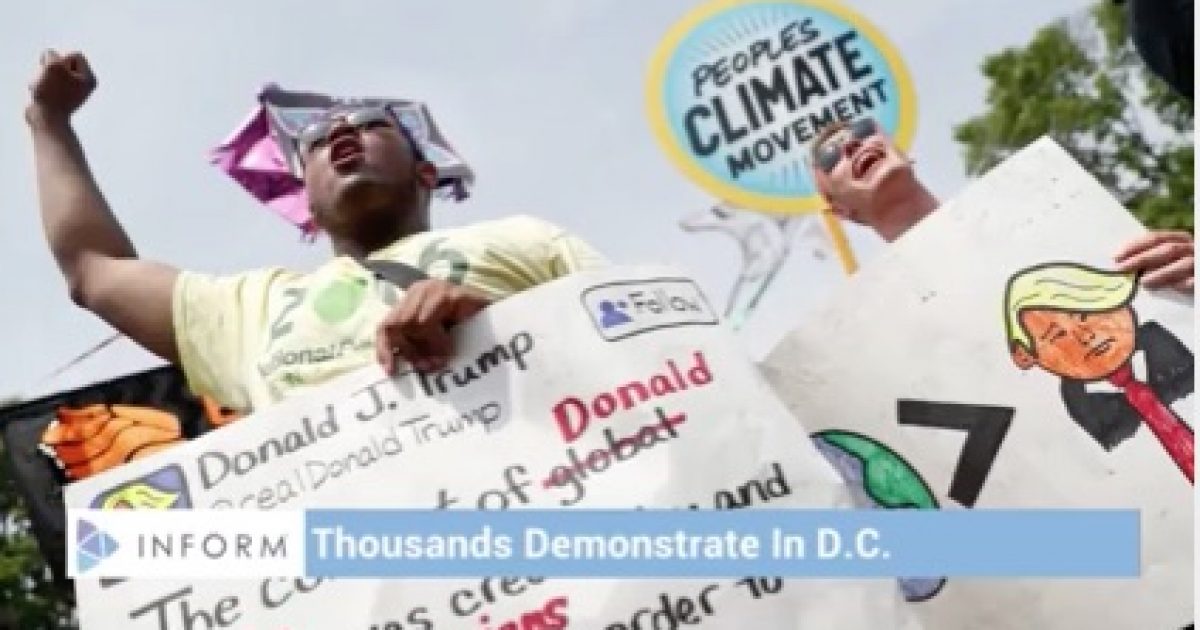 Protesters criticized Trump’s environmental policies in marches in major cities across the U.S.

Protesters expressed concern over the president’s support of fossil fuels and his budget that aims to reduce the EPA’s budget by a significant amount.

Organizers and participants focused on how climate change affects all communities, including marginalized groups. Protesters carried signs that read: “We won’t go back,” ”Science Trump’s Ignorance,” and “Dump Trump.”

Progressive activists are overplaying their hand. The public is getting bored with the antics of protesters that are finding any excuse to bash Trump.