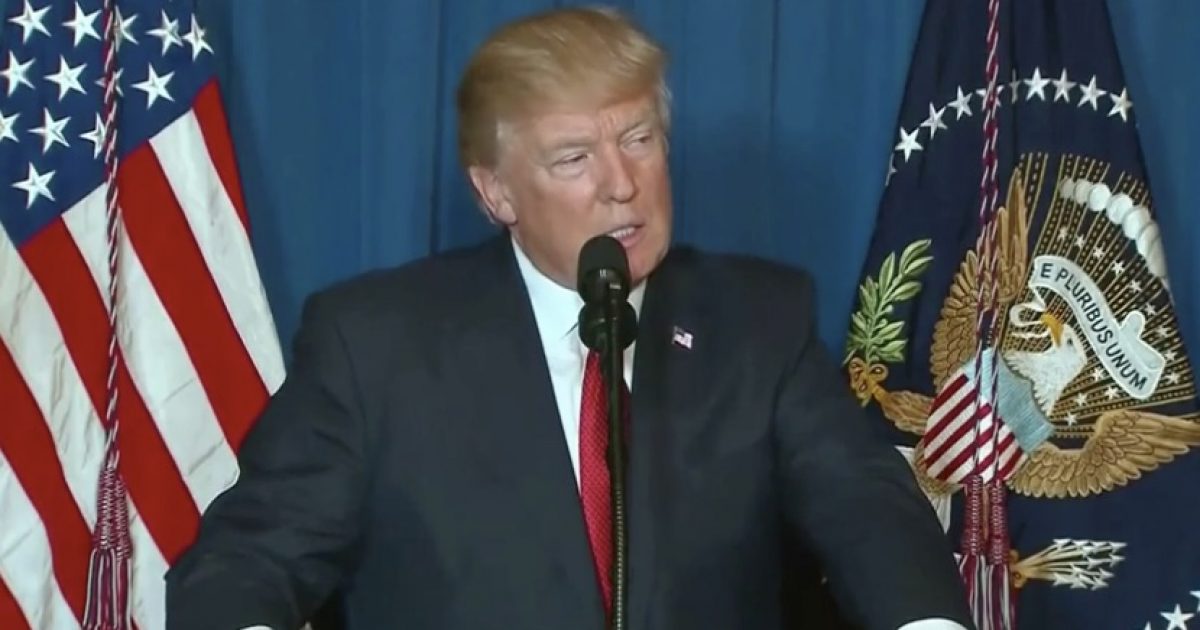 For the first time in almost a month, President Trump’s approval rating jumped to 50 percent.

This is the first time the president’s overall approval rating has been back in the 50s in nearly a month. Just after his inauguration, Trump’s job approval peaked at 59% and remained in the 50s every day until early March. It’s gone as low as 42% since then.

Trump called attention to the poll rating by retweeting a post from The Drudge Report. 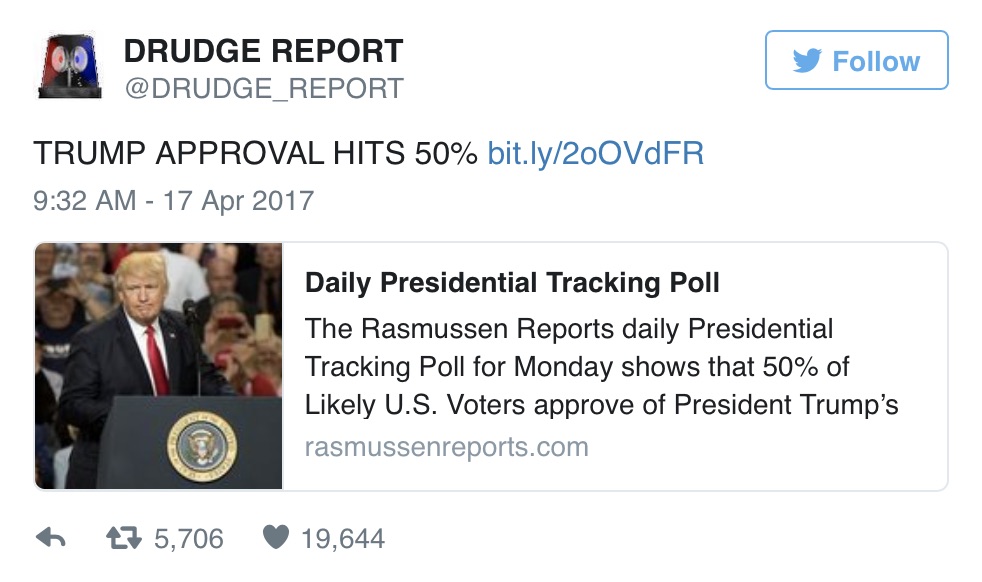