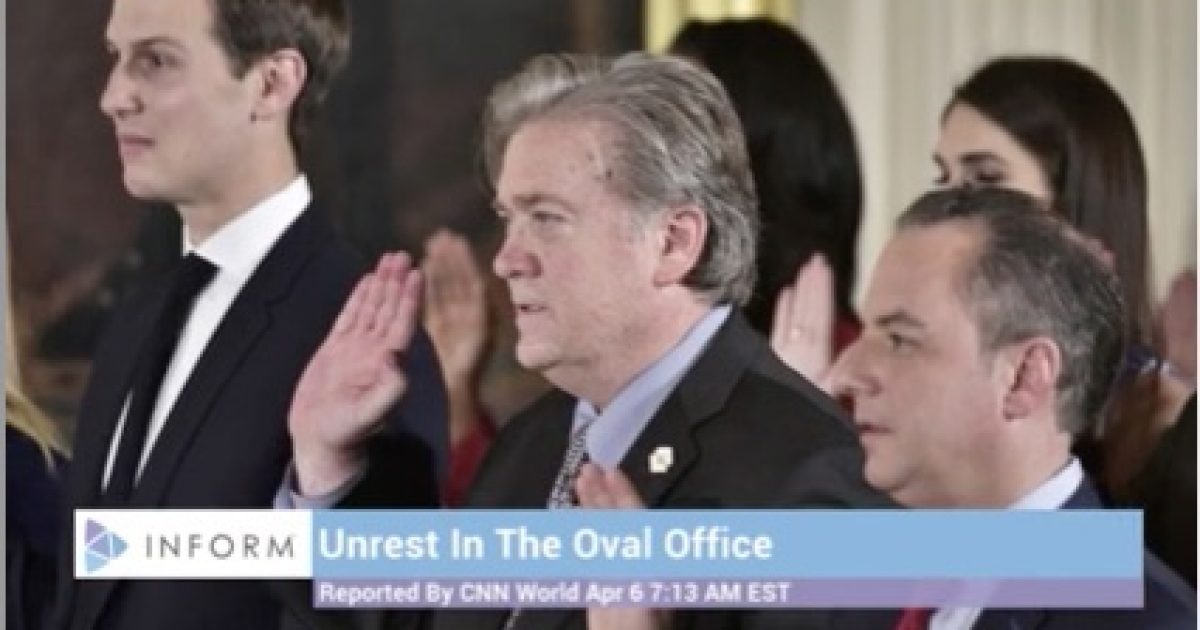 President Trump is considering a broad shakeup of his White House that could include the replacement of White House Chief of Staff Reince Priebus and the departure of chief strategist Steve Bannon, aides and advisers tell us.

A top aide to Trump said he’s contemplating major changes, but that the situation is very fluid and the timing uncertain: “Things are happening, but it’s very unclear the president’s willing to pull that trigger.”

A number of names are being mentioned as a replacement for Priebus including House Majority Leader Kevin McCarthy (R-CA) and former Goldman Sachs executive Gary Cohn.

Cohn is a registered Democrat and donated to both Hillary Clinton and former President Obama.

However, The Hill is reporting that a staff shakeup is not on the board.

The White House on Friday denied reports that President Trump is on the verge of shaking up his top staff or firing his top aides, chief strategist Stephen Bannon and chief of staff Reince Priebus.

“Once again this is a completely false story driven by people who want to distract from the success taking place in this administration,” spokeswoman Lindsay Walters said.

Time will tell if the rumors are true but Trump’s White House has an extreme diversity of political views.

Trump and the U.S. will be served best if he chooses to listen to the anti-establishment voices in the White House.