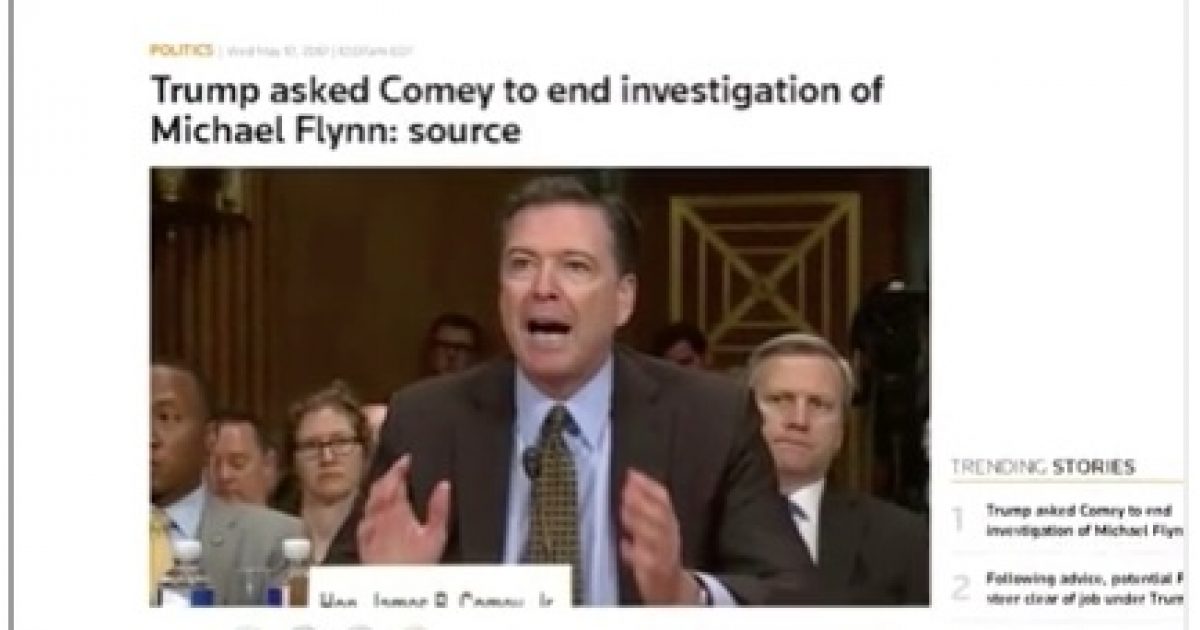 A former Department of Justice official is speculating that James Comey was building an obstruction case against President Trump before he was fired from the FBI.

The Daily Caller story based on a Washington Post report discusses information provided by Matthew Miller – a former Director of the Office of Public Affairs for the Justice Department.

“I keep wondering, something in the back of my head keeps saying to me, maybe Comey was actually trying to build an obstruction-of-justice case against the president here,” Miller told WaPo.

He explained that when Trump allegedly made the request to end the investigation of Flynn in February, Comey could have immediately warned the president that the conversation was inappropriate and that a request like that should never be made again.

“But if you’re trying to build an obstruction-of-justice case, you might want the president to keep talking, because everything he does is digging a deeper legal hole for himself,” Miller suggested. He also speculated that Comey may have stayed on, instead of resigning as Trump’s FBI director, in order to dig that hole a little deeper. “Comey might have wanted him to keep talking to see what he says,” he posited.

Comey is clearly not trustworthy and if Miller is accurate the former FBI Director could have set a trap for Trump.