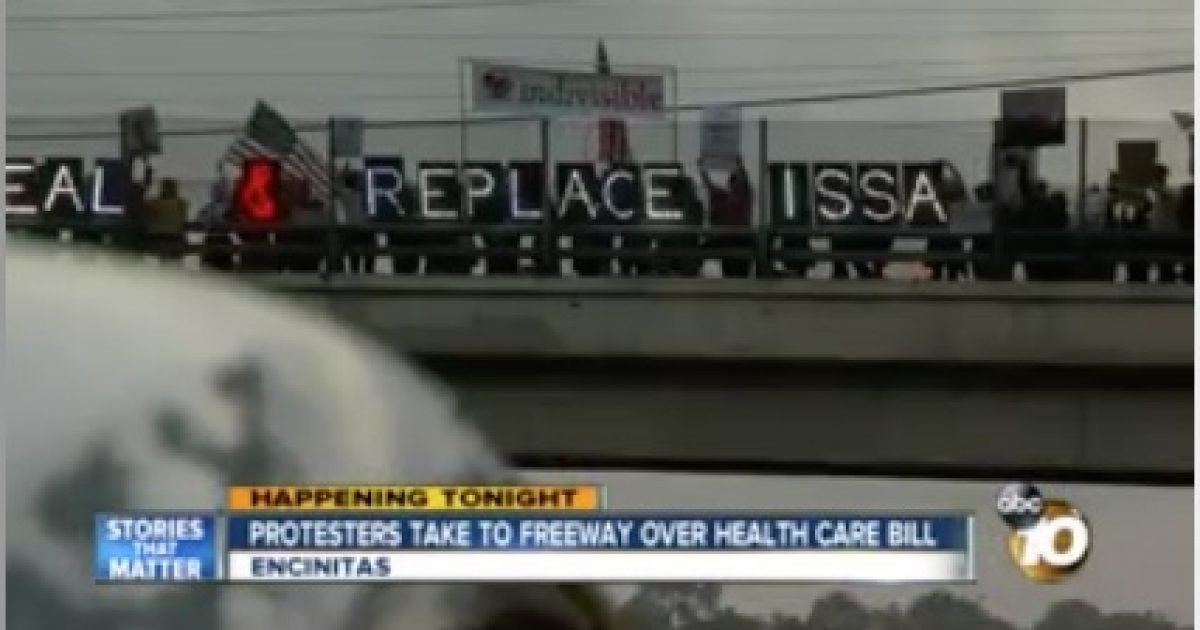 Democrats are doubling down in their fight against the American Health Care Act that recently passed in the House of Representatives.

Resisting the Republican health care plan is a means to the end for Democrats.

Democrats are dreaming of using the new health care plan as a way to win back control of Congress and to push a single payer health plan.

Murphy promised to defend ObamaCare and added he supports a single payer plan as a substitute:

“Clearly extending Medicare to everyone is much more easy to explain and much easier to comprehend. It’s probably most easy for the public to stomach if they’re given the choice to sign up for a Medicare program or stay on their private plan; I think you would see, if they were given that choice, a pretty massive gravitation over to a Medicare-for-all type vehicle, because it would likely provide better benefits and at lower cost… Clearly that’s going to be on the table if they move forward with this repeal.”

After suffering huge election losses, Democrats are drooling at an opportunity to advance their political fortunes. The debate surrounding health care gives Democrats a chance to appeal to the masses with the idea of a single-payer health system – the equivalent of a health care free lunch.

Murphy is not alone.

Salon wrote a story about a single payer plan for New York:

New York is probably the state in the country that’s closest to creating a single-payer system, although it’s not alone. The New York Health Act, which would enroll every New Yorker in a state-run insurance program, has passed the New York State Assembly and is two votes short of being passed in the state’s Senate.

“It really does seem that the worse things get in D.C., the more pressure there is on Albany to protect New Yorkers from these terrible policies,” said Katie Robbins, the executive director of the New York metro chapter of Physicians for a National Health Program, in a phone conversation. “We’re seeing a tremendous surge in interest in what the New York Health Act would do for New Yorkers.”

According to Assemblyman Richard Gottfried:

“The bill would create a single-payer system in New York state that would provide universal, complete health coverage to every New Yorker without financial obstacles to care,” Gottfried explained over the phone. “No deductibles, no co-pays, no restricted provider network or out-of-network charges.”

Look out America – Democrats are going to push a single payer system that states and the federal government can’t afford.

With Democrats, cost never matters but power does.