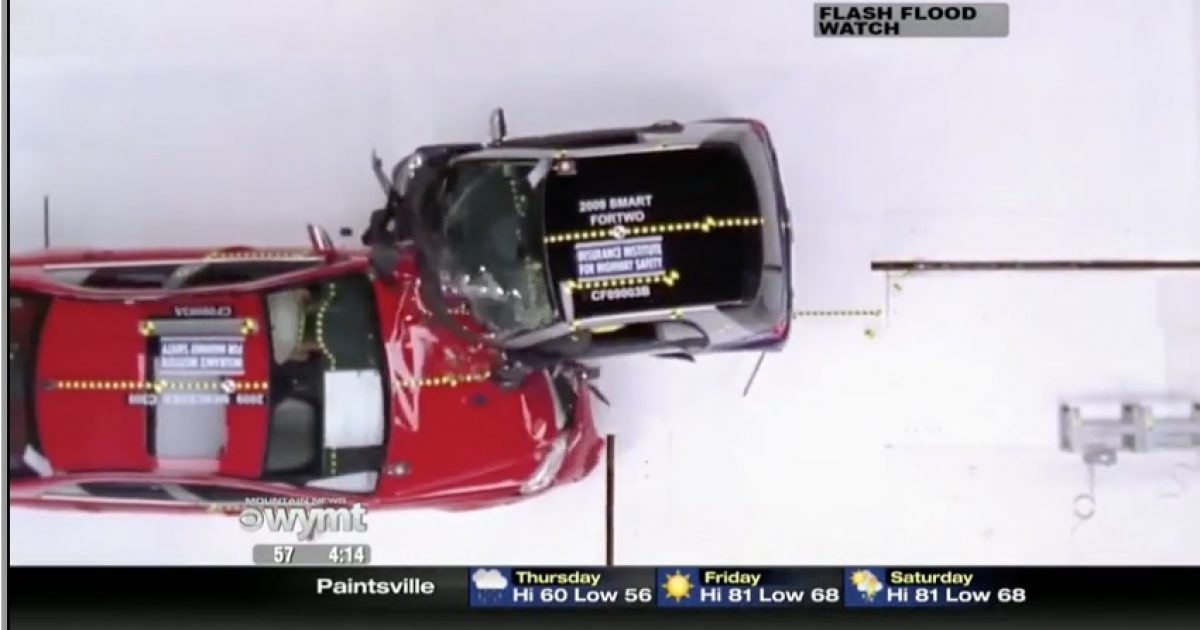 Environmental activists and government policies are pushing Americans into smaller cars which increase the risk of injury and death. While the story blames the improving economy, the real problem is smaller cars.

CBS News reported on a study by the Insurance Institute for Highway Safety.

The IIHS researchers analyzed fatal crash data collected by the federal government between 2012 and 2015. They found overall, smaller vehicles on the road don’t protect occupants the way that larger ones do, reports CBS News correspondent Anna Werner.

Mini and small cars topped the IIHS list of vehicles with the highest number of driver deaths. The Hyundai Accent sedan and the Kia Rio sedan, both mini cars, had the highest rate of deaths.

You don’t have to be a rocket scientist to realize that smaller cars are more dangerous than larger vehicles but the IIHS study confirms the dangerous consequences of environmental activist prompted policies.