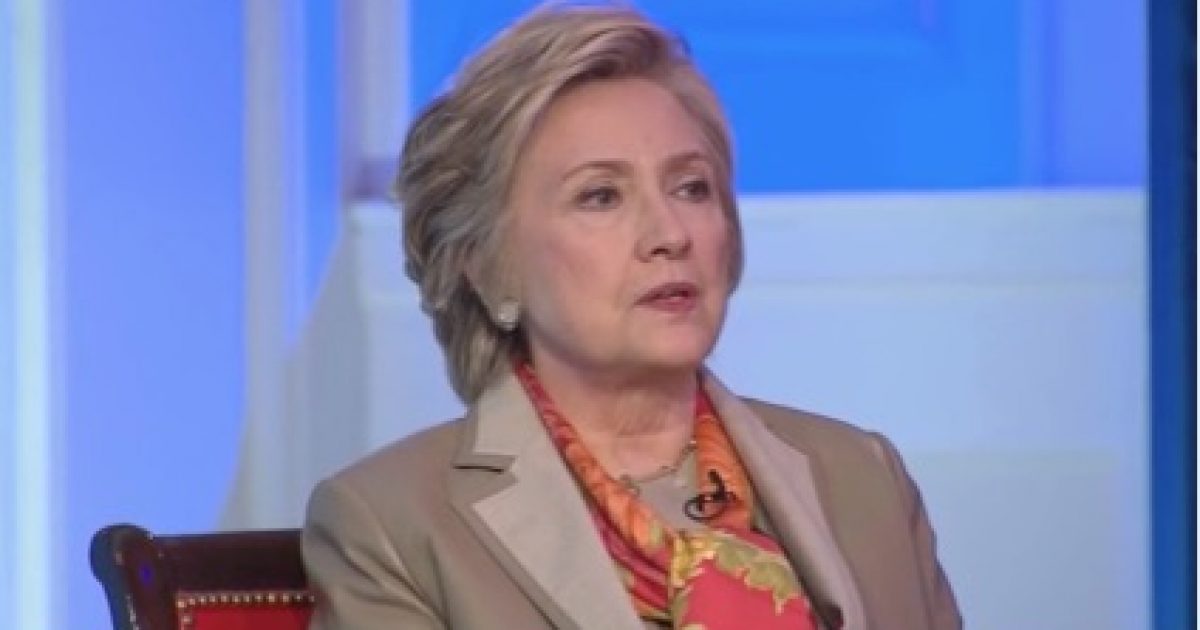 Hillary Clinton is showing her character defect by casting blame on others for her embarrassing loss to now President Trump.

In typical deceptive lawyerly doublespeak, Clinton said she was responsible for losing the 2016 presidential election but then quickly moved the discussion to blame others.

Clinton said she had the election won until FBI Director James Comey and the publication of her campaign head John Podesta’s emails changed the course of her fate.

Clinton said she was confident that she was on track to winning the election until two things reversed her momentum: the release of campaign chairman John Podesta’s emails, which were allegedly stolen by Russian hackers, and Comey’s Oct. 28 letter to Congress that he had reopened the bureau’s investigation into her use of a private email server.

“I was on the way to winning until the combination of Jim Comey’s letter on October 28 and Russian WikiLeaks raised doubts in the minds of people who were inclined to vote for me but got scared off — and the evidence for that intervening event is, I think, compelling [and] persuasive,” Clinton said.

Clinton, like many progressives, doesn’t have any shame. Obviously, Clinton is having problems dealing with her loss and feels the need to deflect full responsibility to others.

The fact remains that Clinton is unlikeable and her decision to set up a private unsecured email system significantly eroded public trust.