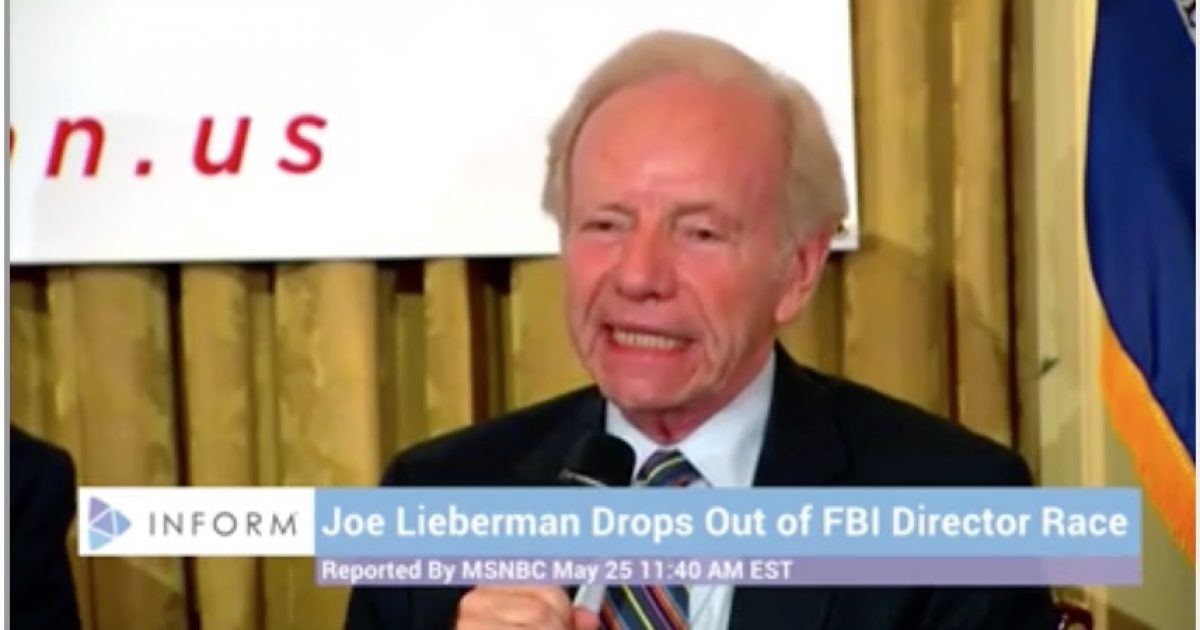 Former Connecticut Senator Joe Lieberman is not going to be the new FBI director.

Lieberman notified President Trump that because of a conflict of interest he feels it’s inappropriate for him to run the FBI.

In the letter, Lieberman cites the decision by the White House to enlist Marc Kasowitz as outside counsel to coordinate the administration’s response to the Russia investigation, saying, “With your selection of Marc Kasowitz to represent you in the various investigations that have begun, I do believe it would be best to avoid any appearance of a conflict of interest, given my role as a senior counsel in the law firm of which Marc is the senior partner.”

Leiberman was a poor choice to run the FBI. The organization needs an individual with strong leadership and law enforcement experience, not a politician.