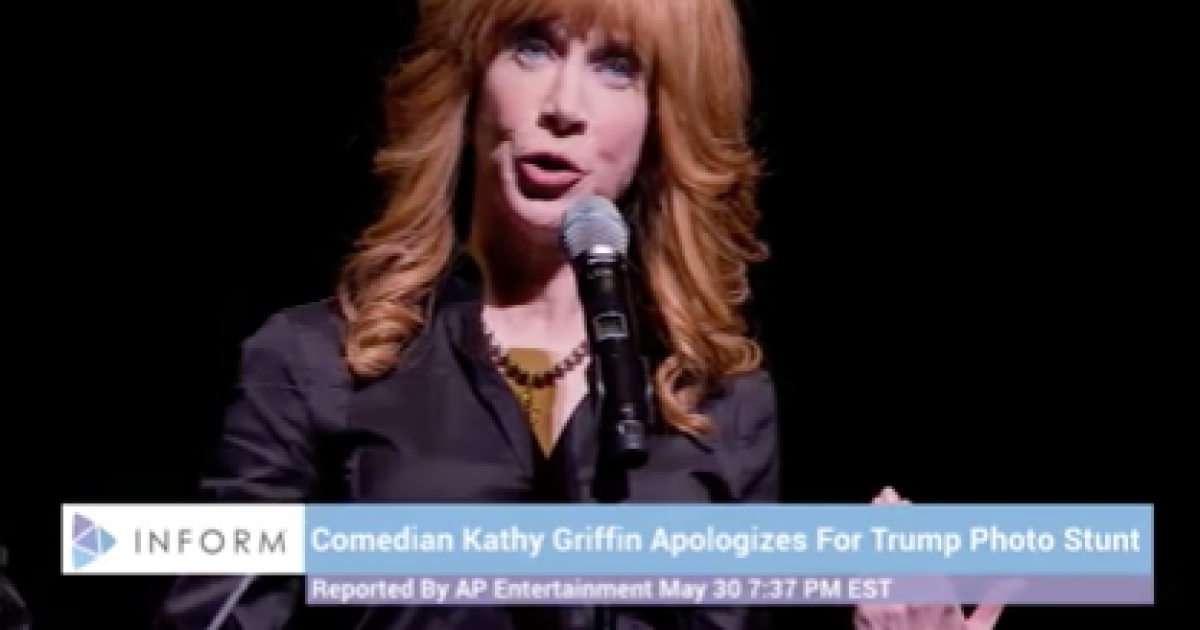 So-called jokes by the left about harming President Trump have reached an all-time low.

A photo of liberal comedian Kathy Griffin holding a bloodied fake severed head of the likeness of Trump resulted in a firestorm of backlash.

Griffin works for CNN and has co-hosted the network’s New Year’s Eve program along with CNN host Anderson Cooper.

While the photo made the rounds online all day Tuesday, the network didn’t release a statement until Tuesday evening.

We found what she did disgusting and offensive. We are pleased to see she has apologized and asked that the photos be taken down. We are evaluating our New Year’s Eve coverage and have made no decisions at this time.

Kathy Griffin should be ashamed of herself. My children, especially my 11 year old son, Barron, are having a hard time with this. Sick!

Clearly, the left would have been outraged if a conservative posed for a similar photo shoot with a likeness of former President Obama.

“Disgusting but not surprising. This is the left today. They consider this acceptable. Imagine a conservative did this to Obama as POTUS?”

Griffin, who issued an apology late Tuesday, is not the only liberal Hollywood elite to joke about harming Trump.

For example, in a music video, Rapper Snoop Dogg shoots a fake gun at a character in clown face resembling Trump.