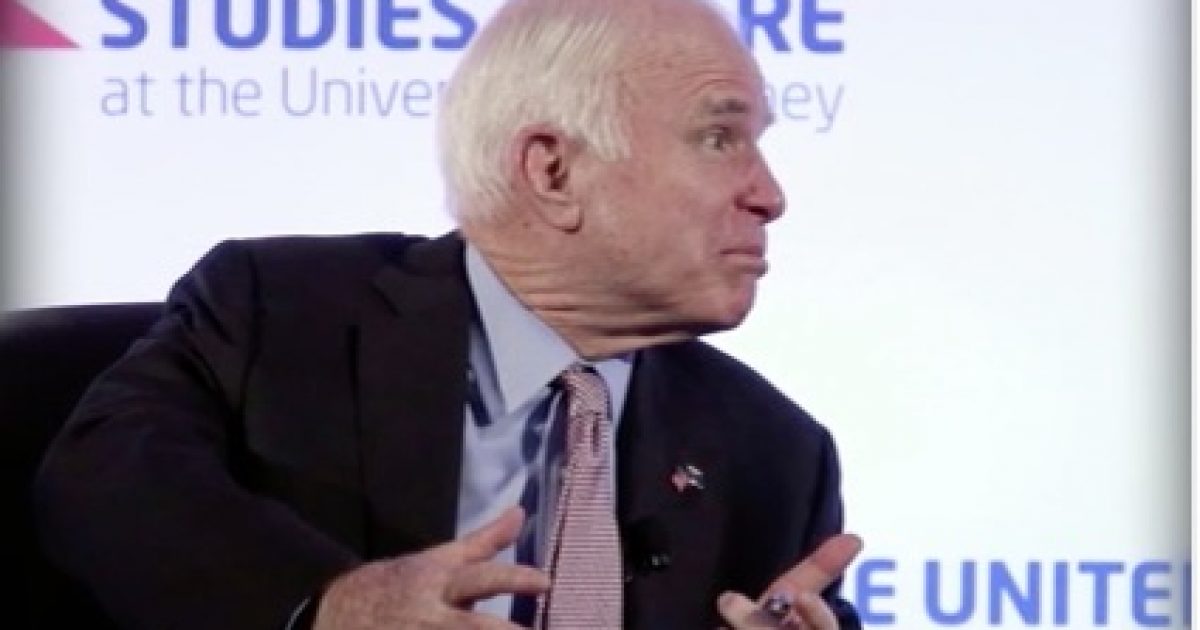 During a speech in Sidney, Australia, McCain criticized Trump on his relationships with important allies and the president’s decision to exit from the Trans-Pacific Partnership.

McCain — the chairman of U.S. Senate Armed Services Committee and the Republican presidential nominee in 2008 — said Tuesday that Australia wasn’t alone in questioning whether America was still committed to upholding peace and justice around the world.

“Other American allies have similar doubts these days and this is understandable,” McCain, 80, told a crowd at the University of Sydney’s U.S. Studies Centre. “I realize that some of President Trump’s actions and statements have unsettled America’s friends. They have unsettled many Americans as well.”

The senior senator from Arizona did not stop there. During an interview with the Australian Broadcasting Corporation’s “7:30,” McCain criticized the Trump administration for supporting White House advisor Jared Kushner over claimed backchannel efforts with Russia.

It’s especially damaging because McCain is a Republican.