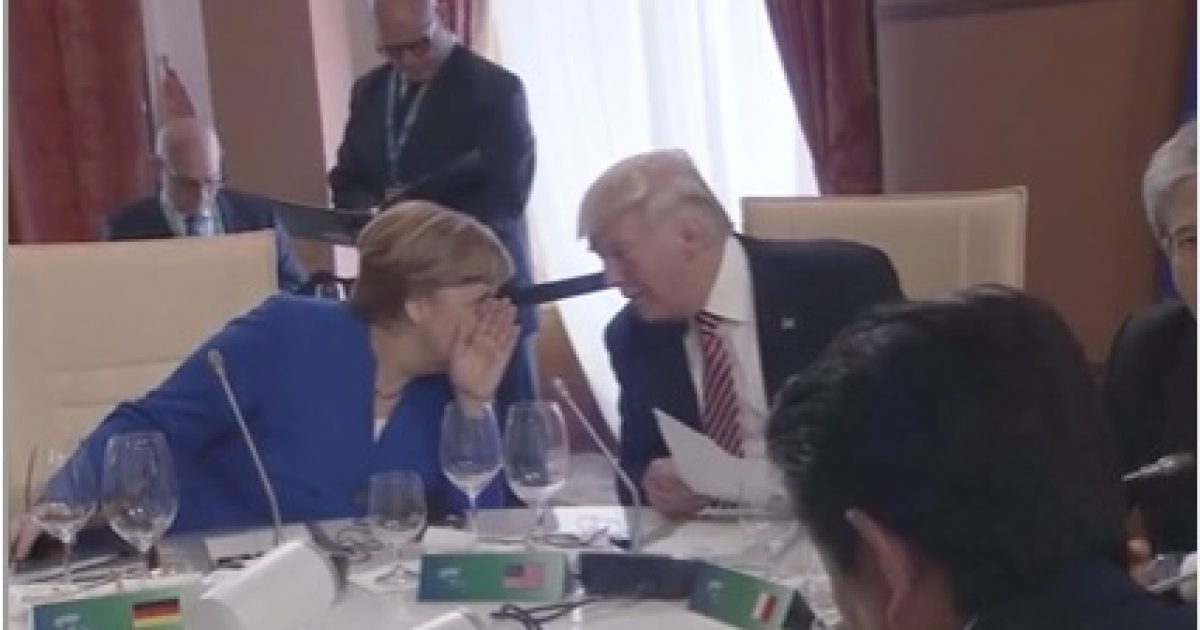 Yahoo News posted a story about Merkel’s unease with two of Germany’s allies.

Europe “must take its fate into its own hands” faced with a western alliance divided by Brexit and Donald Trump’s presidency, German Chancellor Angela Merkel said Sunday.

“The times in which we could completely depend on others are on the way out. I’ve experienced that in the last few days,” Merkel told a crowd at an election rally in Munich, southern Germany.

“We Europeans truly have to take our fate into our own hands,” she added.

While Germany and Europe would strive to remain on good terms with America and Britain, “we have to fight for our own destiny”, Merkel went on.

Merkel is unhappy with President Trump’s indecision over the UN Paris Climate Change Agreement and Britain’s decision to leave the EU.

It’s also possible Merkel was made uneasy when Trump called out NATO member countries for not meeting their financial obligations to the international alliance. Germany is expected to only spend 1.2% of GDP on defense which is below the 2% promise.

Merkel’s displeasure with Trump and Britain is based on the fact that these countries are disrupting her global world view.