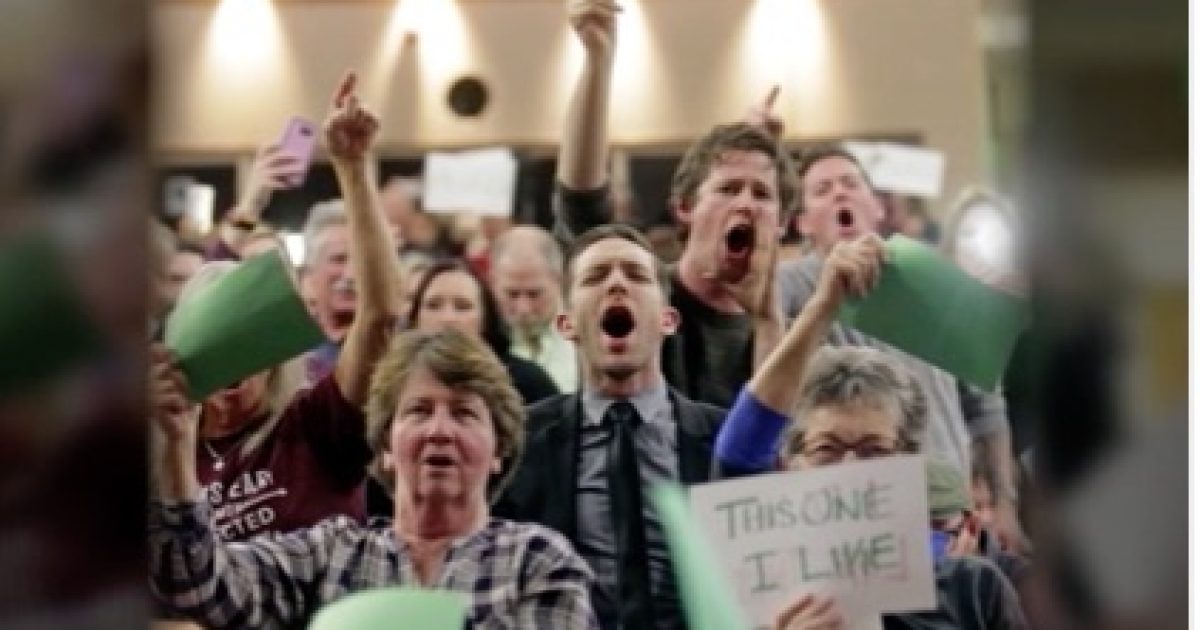 The left-wing media has numerous ways to twist the news.

Media bias can indeed come in many styles.

Ignoring stories about the accomplishments of President Trump is perhaps the easiest strategy. After all, it takes no effort.

More difficult, however, is constructing an entire story to mislead the public about the grassroots response to Trump’s agenda.

A story in Powerline deconstructs an AP story exposing how it selectively interviewed individuals and slanted information to fit the media narrative that Trump’s agenda is jeopardizing reelection of House Republicans.

The Associated Press headlines: “In swing districts, voters vent over health care, fear Trump.” A more accurate headline would be, “A handful of rabid Democrats hate President Trump.” But that wouldn’t be news. The AP begins:

Skeleton in hand, retired biology teacher Jeannie Scown delivered a message to her Republican congressman at his office northwest of Chicago.

In a nod to House Republicans’ recent vote to gut the health care law, Scown had no intention of sparing four-term Rep. Randy Hultgren with subtlety.

“He has to understand that sick people vote, too,” Scown said, “and we are going to go get them and take them to the polls if they can’t get there themselves, because we are tired of being used.”

It turns out that Scown is a Democrat activist.

AP reporters attend Democratic Party demonstrations, interview one of the participants, and report the interview as news. Who is Jeannie Scown? Judging from her Twitter feed, she is a crackpot left-winger who devotes a good portion of her day to tweeting to her 60 followers.

Is Congressman Hultgren in trouble? It wouldn’t seem so. He was re-elected six months ago by a 59%-41% margin, a whopping 18 points.

The left-wing media is in an all out war to destroy President Trump and is working very hard to achieve that goal.