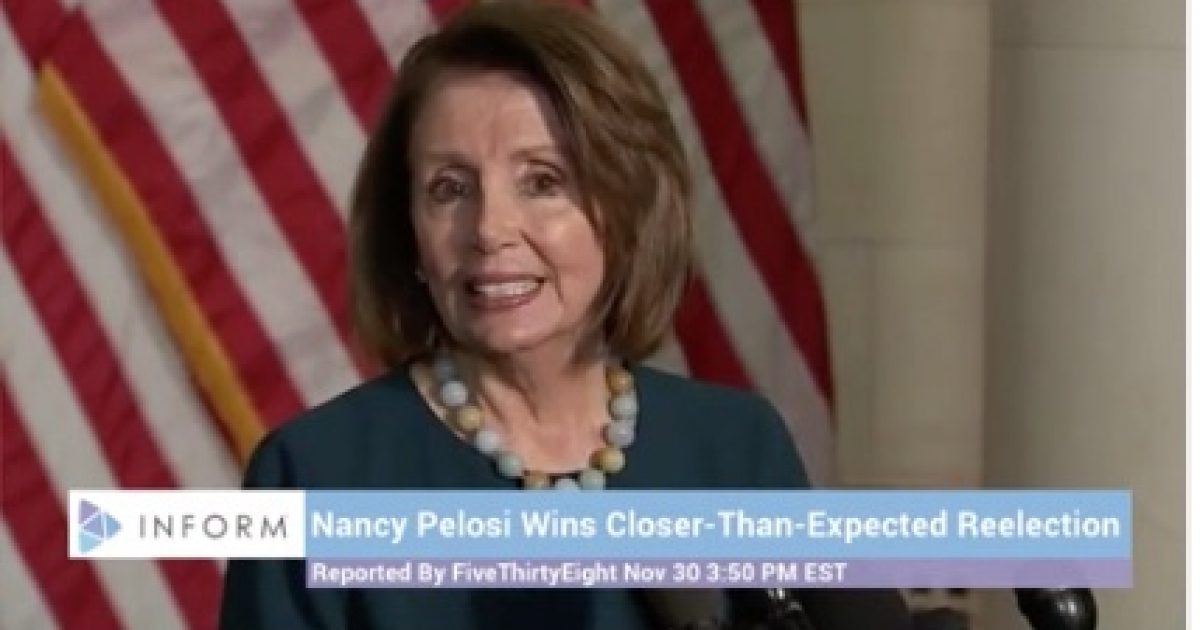 Nancy Pelosi is facing a primary challenger for her seat in the House of Representatives.

As hard as it seems, Pelosi is not progressive enough for the Senator Bernie Sanders (I-VT) faction of the Democrat Party and she is being criticized for Democrats losing control of the House of Representatives.

Earlier this year, Pelosi faced a challenger for her leadership role in the House. Representative Tim Ryan (D-OH) lost to Pelosi in the race to be the House Minority Leader but the contest was much closer than expected (watch video).

Pelosi’s mistake was criticizing the progressive wing of the Democrat Party.

A story in the Observer explains Pelosi’s challenge from the left.

In a December 2016 interview, Pelosi confirmed she would preserve the status quo, claiming, “I don’t think people want a new direction.” At at a CNN Town Hall in February 2017, she again revealed her disdain for progressives, telling a millennial Sanders supporter who asked if the Democratic Party would embrace Sanders’ populist message: “Well, I thank you for your question, but I have to say we’re capitalists—that’s just the way it is.” Pelosi then embarked on a tone-deaf rant, arguing that the solution was to make billionaires and millionaires more empathetic. “We have to change the thinking of people,” she said. “The free market is a place that can do good things.”

Progressives view Pelosi as an establishment figure and not suited to represent the new direction of the Democrat Party.

Pelosi is backed by big money special interests but the energy in the Democrat Party resides in the progressive grassroots activists.

Pelosi’s problems illustrate the mounting problems in the Democrat Party.