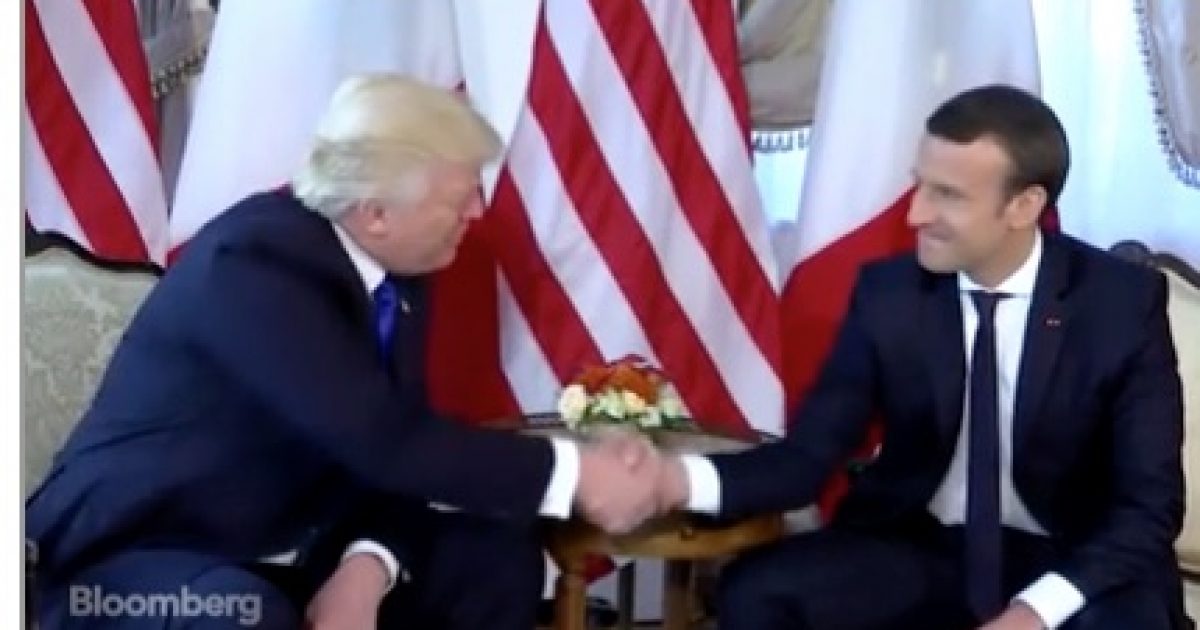 A strong handshake and a snub on the world stage were apparently intended to show the 39-year-old president was ready to stand up to Trump.

But just 24 hours earlier in Brussels, Macron had crushed Donald Trump’s hand until his knuckles turned white and walked past the U.S. president to embrace German Chancellor Angela Merkel on the blue NATO welcome carpet.

At his debut on the world stage, the new French president revealed a steeliness that belies his 39 years and relative inexperience. There was the power play with Trump when during the war of handshakes he spoke at some length in French with no translator. He then spoke English with Theresa May, offering cooperation in light of the U.K. terror attack, while not ceding an inch on the prime minister’s request for parallel Brexit talks.

The AP reports Macron used the handshake to deliver a message.

Macron told a Sunday newspaper in France that “my handshake with him, it wasn’t innocent.”

Macron added: “One must show that you won’t make small concessions, even symbolic ones, but also not over-publicize things, either.”

Macron is showing his inexperience by acting tough with Trump. At some point, France will need the U.S. and you know what they say about payback.

Pulling out of the Paris Climate Change Agreement would be a nice way to respond to Macron’s antics.