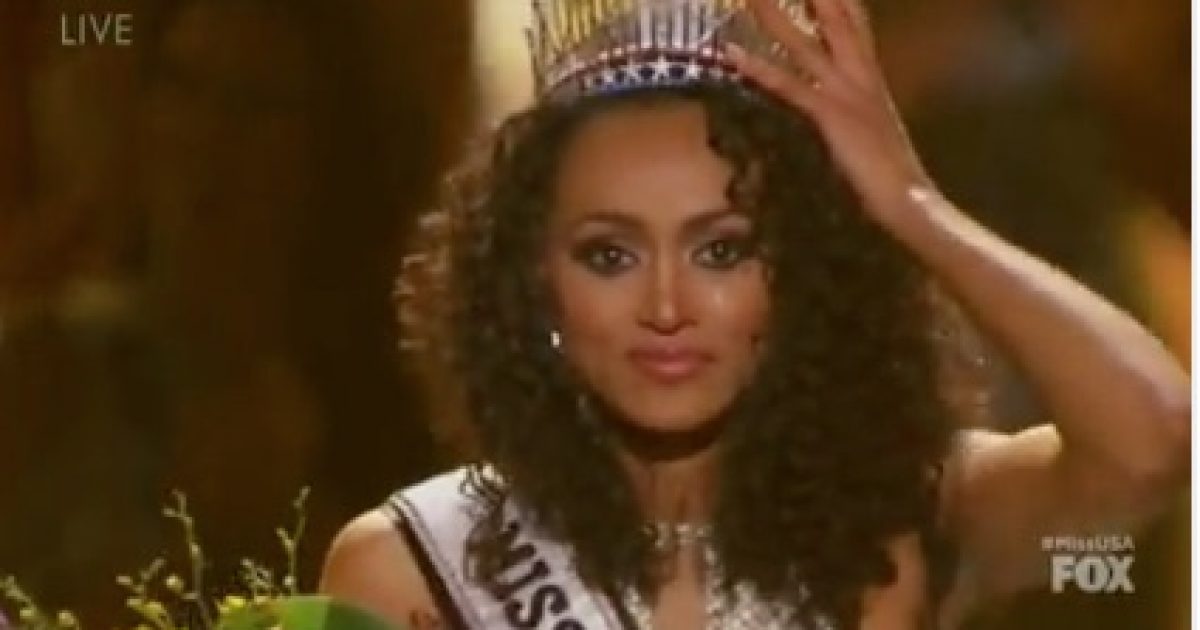 Tolerance of free speech is no longer acceptable to the left.

The liberal mob seeks to silence conservative views on college campuses and on TV.

The latest example of intolerance was the criticism directed at Kára McCullough – the new winner of the Miss USA pageant.

Kara McCullough caused a firestorm on social media after she gave conservative answers to questions — saying she wasn’t a feminist and that she thought people need to have a job to have health care.

“I’m definitely going to say it’s a privilege,” McCullough said, when asked if access to medical care was a right, as liberals such as Sen. Bernie Sanders say, or a privilege, as many conservatives say.

She also challenged the left-wing view of feminism in answer to another question.

McCullough is a great role model showing a combination of brains and beauty.

Her talents and views should be celebrated and not criticized.